"Let the enemies of the Emperor rejoice at my coming.  For the foul heresy of their lives shall be ended that day." 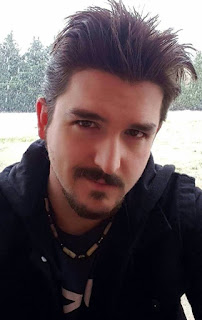 Having played Warhammer 40k since I was 8, I have seen almost everything this game has to offer.  I have played and continue to play many armies, but it can be said that my true allegiance lies with that of the Imperium of Man.   Though I used to be a zealous player of the Black Templar, and the Korpsmen of the Death Korps of Krieg, I have since moved on to other armies... though I'll always have a soft spot for the Imperium.  As far as 40k grim dark goes, I play Orks!  Gotta love dat green.  As for 30k, I have my little Detachment of Imperial Knights.  One day I'll have a Titan Legio to go with them, and some Custodes.  Gotta love dat gold!

I myself enjoy this as well as many other games.  I guess it's just an enjoyment I've had for strategic thinking and organizing my thoughts and actions into a well laid out path.  Over the years I have moved from armies made for pure assault to those comprised of ranged combat specialty.  While melee DPS was my forte, even in my long years spent in Azeroth (a successful case of one who could quit it for several years now :P) I always went the route of brute strength.  There is an elegance to it's simplicity, and a strength to its raw power.  But I have tried most every element that the game has, and continues to offer.

In the end, I always look forward to a good game, and beyond that I look for people who share the same passion and spirit of the game as I do.  While I know I can get pretty competitive at times, I always say "Play what you Love, and Love what you Play."  It's a good motto to approach the game with.  Even if model dies, it make sure it died doing something awesome!

"I suddenly remembered my Charlemagne. Let my armies be the rocks and the trees and
the birds in the sky..." 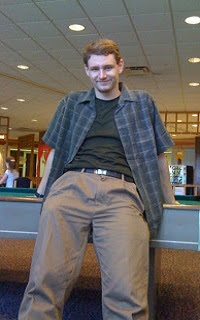 I've been playing 40k for about five years and can't say I have any particular loyalty to any army beyond the Tau Empire.  I'm in the process of creating the background for a marine chapter I'm building and to a lesser extent an Eldar Craftworld.  I don't get to play 40k as much as I would like and I generally favor the tournament scene and trying to unlock some insight that I may have missed to improve my understanding of the game.

I do enjoy the story of the 40k-verse and try to explore it in a few role-playing groups that I'm a part of but I'll generally be writing on strategy and tactics for Rites.  If there is a particularly interesting story from one of those campaigns I'll write something about that.  Unlike Godfrey, I play a lot of League of Legends and tend to prefer solo roles and likewise my opinions may seem a bit heretical to some of you.  Be warned: I write long articles and will begin a discussion on most any topic if any of you are interested.

"Knowledge is power.  Guard it well." 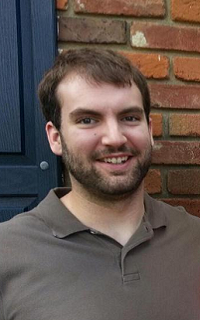 I started 40k in the fall of 2009, and it marks my 7th different wargame system. Over the years, I’ve played MageKnight, MechWarrior, Pirates of the Spanish Main, World of Warcraft minis, Classic BattleTech, and MonsterPocalypse. In addition, I’ve played countless TCG’s. My first army has been a love hate relationship over the years, my Blood Ravens. I picked the chapter for my desire to use magic in a high tech setting and their affinity for Librarians drew me in.

Since starting, I’ve compiled a Necron army, and have begun assembling a Thousand Sons war coven. I spend a lot of time reading codices and running math on how lists might work out, and spend a lot of time on list and codex analysis, trying to take each army all the way down to the nuts and bolts of their internal balance mechanisms. I try to write lists that challenge me as a general, as much as my opponent, and seek to dismantle the meta when possible. 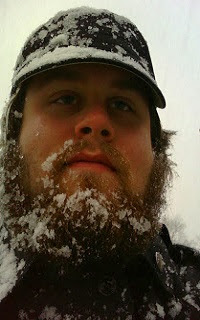 I started 40k in the fall of 2009 when I suddenly found myself with an abundance of time and a need to pre-occupy my mind with new and exciting hobbies. My first army was the peace loving and tolerant boys in black power armor, the Black Templars. I have also branched into Imperial Guard (specifically the Elysian Drop Troopers) and the Necrons (of whom are red and gold and rep the Stark Dynasty). I’m a “humanity, fuck yeah” kind of guy, so the Imperium really appeals to me.

I’m a fluff guy, so look for me to spend most of my time in the Black Library or being a massive hobbyist. But, occasionally Godfrey will drag me out into the light for a game or two. I’m always easy going with my games and never like to get riled up over a loss…but laughing heartily over some silly rolls is a damn fine reason to break my calm.

While no longer directly involved with running Rites of Battle, these writers have submitted a fair bit of work in terms of assisting with articles, producing discussion, and writing some of their own work. 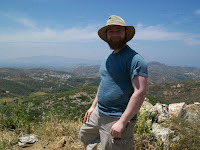 I recently got back on my Grim Dark horse, and this one is bone white.  Having a good Deathwing army is going to be a lot of fun, and being able to win with a 4th Edition book is also going to be satisfying. I also like My Little Pony; it's like the Animaniacs are coming back. Academically, I study Philosophy, Classical Culture, and Latin, and I plan to teach history at the college level. I also participate in youth groups to help young men learn leadership skills, am the president of two honor societies at Ball State, and have served on the Stance: an Undergraduate Philosophy Journal editorial team for two years.

As an aside, that picture is of me in Greece!

As far as gaming goes, I play a lot of League of Legends now, mainly because it's free. I read Robert Jordan's Wheel of Time series, and have read quite a few of the Warhammer 40k books, the funniest of which chronicles the stupidity of the Soul Drinkers! 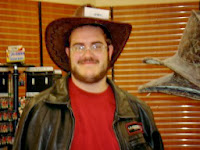 The oldest and probably most psychotic of the lexicanums, dramatt approaches the game and his articles from a straight forth and often hilarious candor.  While his work has pulled him away from writing frequently, his love for the Blood Angels and enjoyable articles will keep him on board.

Look for humerus and opinionated reads from this writer. 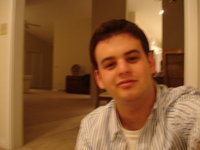 Granting Rites of Battle a greater look into the depths of the hobby, Son of Horus brings an unquestionably talented and open view to the discussion of our great hobby.  Being one of the administrators for Heresy Online, you can always expect a high level of quality to come from this writer.

Look for a variety of news, rumor roundups, and hobby articles from this writer.