The "Assigned Seats" of 40k 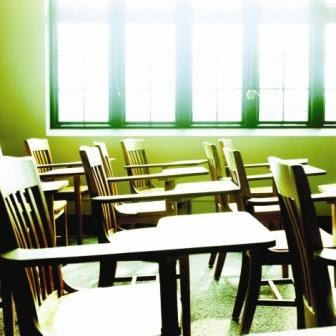 Ok, so everyone went through some schooling in their time, otherwise I don't know how they'd even begin to try to decipher the rules that GW puts out on occasion :D.  So chances are on your way up the academic ladder, at some point or another, you came into contact with the system of assigned seats.

So to explain, Assigned Seats mean that someone of authority (usually a teacher or professor) dictate where people sit in a given space.  Whether there is a reason to it, just alphabetical order, or what have you, they tell you exactly where you will be sitting for what could be your entire time within that course.  Now, most people are not a fan of this system.  They'd rather have the freedom to sit where they want.  But lets look a little further.

Even when given the choice to sit where ever they wish to determine the assigned seats, people will still harp about the system.  The idea that it limits the freedoms of people and what not.  But take away the assigned seats, and people will still do the same thing.  They will walk in, and sit down just where they had the day before, and the day before that.  It's routine.  While very soothing and comforting to follow, it means that people will limit themselves subconsciously.

I Can Haz Deep Strike Defense? 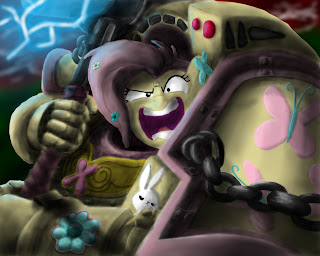 Why hello there, folks-to-whom-I-haven't-written-anything-to-in-quite-some-time.  A while back, I entered into a conspiracy with Heretic to purchase, convert, and get ready an entire army behind the back of Godfrey.  It took quite a bit of doing and secrecy, but I now have a 2000 point Deathwing army via our clandestine actions. ;)

My purpose in writing this article is because, at a recent gaming tournament over at the FLGS, there happened to be a team that consisted of a Daemons player and a Space Wolf one, both of which I believe hailed from the Indy 40k crowd.  I was lazy and didn't find a partner in time, so I helped Godfrey out with officiating, which basically meant I got to furiously check lists for a good hour, then chillax as he ran the show.  Both teams were allowed 1k points, and had to bring 1 HQ and 1 Troop minimum, after which they could build their lists as they please, within a combined Force Organization Chart.  They ended up taking first place, and as I watched teams set up their deployment against them, I kept asking myself where the deep strike defense was.  Daemons are purely deep strike, and the Wolf list was at least in part in Drop Pods.  Time for some terminology.

Deep Strike Defense is a pretty straightforward concept of pushing out an opponent's possible landing zones via deep striking as possible.  With it, you need some superfluous bodies, which most armies have, and you need to set up some traps.  The following photos are to illustrate this concept:

Read More >
Posted by Ishamael at 9:43 PM No comments:

Forgive me, fellow readers, for I have sinned.  In my mentality and in my resulting actions.  I have allowed many things to cloud my mind regarding 40k and have come to confess them to you my fellow gamers. 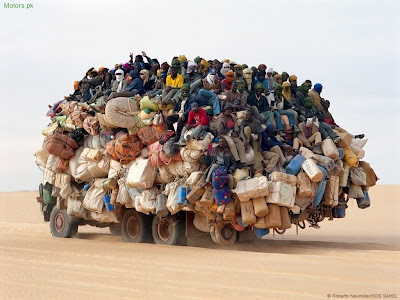 Hope everyone had a safe and sufficiently hazed St. Patrick's Day.  This past Saturday was not only a day of drinking for many of the gamers around here, but also a day of miniature war!

I know Bloomington held a tournament in their neck of the woods, and our FLGS held a Doubles Tournament as well.

I would love to hear from anyone who had a chance to participate in some 40k shenanigans this weekend, from hilarious moments in your games, to strategies you think might work.  Just thought it'd be fun to hear from the readers out there.

So what happened in your game(s)?

The Rites of Battle Community is growing!  Da Wartrukk hit it's 100th member earlier this week.  Thanks to everyone for jumping on, and ramshacklin' onwards with us.

Posted by Godfrey at 4:31 PM No comments: 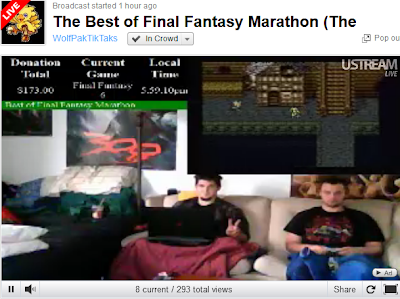 Streaming live from now until Sunday, March 11th, we're hosting a marathon for Child's Play Charity.  Check it out, and we'd love to hear from you guys and donations are always great.

Posted by Godfrey at 6:05 PM No comments: