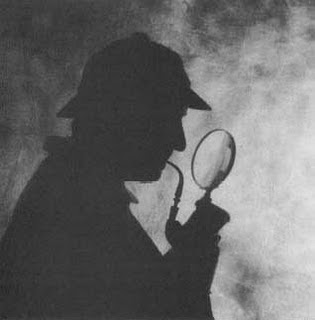 This article is actual brought to you in part by the Bloomington Tournament circuit. It is a stipulation of close combat which allows the targeting of multiple units.

The majority of units in the game have multiple models and so attacking multiple targets isn't unlikely, especially if they are attacking a target which contains an independent character. However it works both ways.

According to the rules, any unit that is in base to base contact with multiple enemy units may choose to separate its attacks between them.

This translates into allowing an Independent Character in base to base with multiple units to attack both. For example, and IC in base with another IC as well as an enemy unit can make attacks against both in the same round of combat. This could prove useful in some scenarios where the strength of the weapon could cause instant death on the enemy IC while allowing for maximum damage against the unit the enemy IC is with.

I have always equated the idea that since a single model unit could not charge multiple units, it couldn't separate their attacks. I learned this the hard way in the tournament this past weekend (which was quite enjoyable). Be sure to watch out for these interesting moments in your future games. 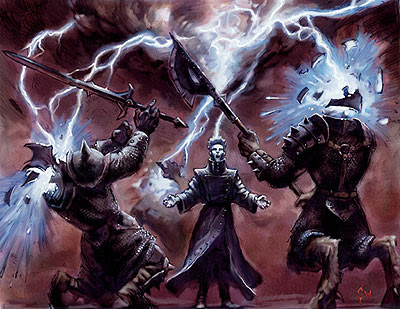 Time for a little geek fury on my part.

I'm sure we're all aware that Bell of Lost Souls exists, and I hope most of you know that their tactical and analytical capacities as a writing staff are generally subpar, with worthwhile pieces being written only once in a while.

It's use lies in rumors and some great painting/hobby articles.

Now, a lot of you liked my article on balance, and I plan on following that up with a more contestable subject, which is going to be about our gaming tables.

This has me in a poor mood.

Tell me why.
Posted by Ishamael at 4:02 PM No comments: 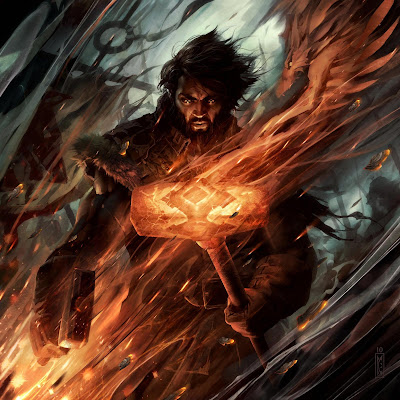 Ok, so the various factors that make up teh warhams can be summed up as follows:

List, which is book-dependent.
Terrain, which is a competency check for the table builder.
Tactics, which vary and come together to make up strategy.
Luck.
Rules knowledge has to be put on here. Some people get rather off-base and try to argue intent.

Here I want to obviously talk about lists, and what one needs to include in order to succeed.

To begin, let's draw a distinction between "style" and "balanced," the former of which tends toward imbalance because the player wants cool toys, but at the cost of efficiency. Balance then refers to efficiency, yet where does it begin?

Because I like the book so much, I'm going to begin using the basic Space Marine codex.

Mainly because I'm a whore for them, librarians are a wonderful investment in utility for a scant 100 points. As far as HQs go, hot damn is that sweet for its points. I give the fella Null Zone and Gateway of Infinity. So yay, I can turn the tables on any invulnerable saves, and can teleport to try and control/contest a point.

Ok, so for a case study, let's look at what I've seen done a lot with tactical squads, which is something like 10 guys, meltagun, combi-melta, missile/multi-melta, and a power fist. Assuming a Rhino, which people should at least do, this brings the point total up to 245.

Comparatively, my tactical squads have the same loadout, minus the power fist. Why? I never give up combat tactics for my army. Since I can run away when I lose cc, and I WILL, I'ma just run away and wait for another shooting opportunity to show up. Also, for those saved 100 or so points from not having power fists, I get ahold of points to spend on an extra, and most of another, landspeeder.

Only take a power fist if you are stubborn or fearless. If that's the case, then you'll be forced to stay in close combat, and they become somewhat worthwhile. Some folks state that, even with combat tactics, power fists should be taken for the "chance" to do something in close combat. This generally refers to walkers, and with a sergeant, who only has two attacks, his odds of doing anything worthwhile are pretty slim, something like 1/2 x 1/3 x 1/3 to destroy that dreadnought. Banking on a 1/18 chance to do something for 25 points doesn't strike me as worthwhile.

All the little decisions that go in to list making like this make up efficiency. Bells and whistle should come after the army gets as many freebies as it can, which this particular book provides.

Using efficient units will give you the tools to have a balanced list, which includes mobile elements, melta-delivery units, support fire, as well as plenty of troops for pawns and holding points.

So, what do we need in our lists to take care of whatever can come at us?

So, do I have the tools to destroy a parking lot of vehicles, the weight of fire to destroy walking infantry, whether they are in cover or not, enough tools to hit a large portion of an advancing horde, and quality of fire to kill a smaller, harder-to-kill army? If you can't say yes to all these, try again.

As far as some guidelines go for equipment, I go with at least 6 different melta-delivering units, all of which are mobile. These are 4 combi-melta/meltagun combat squads, as well as 3 multi-melta landspeeders. So hey, I can use these units to block movement of heavy tanks, pop out/use the hatch, and have a decent chance at blowing up a vehicle, which everyone needs to be able to do. Doubling up on shots is amazingly effective for this, even on the single-shot weapons.

Next, you need some support fire elements.

Regardless of what kind of army one chooses to put on the field, you need support fire of some kind, even if it is just to suppress enemy tanks. If you're assaulting, this lets you get into the juicy bits inside of transports. If you're a shooty army, then it lets you force them out of their armored boxes to be vulnerable to further firing.

This is where redundancy of a particular unit comes in handy. A large portion of my support fire comes from 3 rifleman dreadnoughts, as well as the missile launcher half of my combat squads. Only having two or three support fire does not count, because unless you've a special trick, like long fangs, they can be taken out relatively easily by an enemy's support fire, which fangs are particularly weak to, since they can only have 6 men in squads. Both of my units happen to serve as weaker anti-infantry units, which lends some duality to my list.

Further, for a balanced list, you need to have no obvious achilles' heels. This refers to using a large amount of points on a single unit, generally with their transport. Tricked out terminators in an upgraded landraider come to mind for an example of this. Unless you happen to be Blood Angels, and have access to priests, these units are either easily ignored, blocked, or taken care of. Adding feel no pain and furious charge does give them a large edge on one's enemies. Depending on keeping something alive also acts as a lynchpin...like an ethereal, which nobody wants to acknowledge exists, because it's terrible.

So, you need mobile melta delivery, support fire, spread out threats, and, while I didn't really mention it, troops that are worth a damn. 2/3 of the game we need to be able to hold points, and having 8 scoring units in my list does help with that. Add in the mobility of Rhinos and my librarian, and no part of the field completely out of my reach.

To end this, I'll toss up my list again, just in its 1850 variant because I took second at the recent tournament, and so got the last Predator I need.

So yay, plenty of anti-tank effective at different ranges and bands of armor, lots of anti-infantry, some decent mobile elements for pushing into midfield, and troop choices to hold my home point if needed. Provided I don't block my own fields of fire, this should generally be able to fire most of its payload against any enemy it faces, and have the tools to deal with wild cards.

I take "wild card" to refer to something like an all-terminator list. Something that is unbalanced towards a particular aspect (heavy armor for everybody!) which I can counter with quality of fire and utility (meltaguns + null zone), or simply weight of fire through the dreads and preds.

Undoubtedly there's more to be said on the subject, and I'll think of some more things to write on concerning list construction. Mind you, a balanced list can get screwed by those aspects I wrote of in the beginning, so all it does is give you the tools to do well regardless of your matchup.


We thought it had been much too long since our last battle report. So the wrong has been remedied.

A 1750 Annihilation on Pitch Battle set up with Warmaster Havok and Corvus proved to be a close game. Hope you guys enjoy.