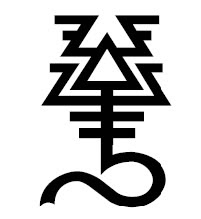 You may remember Loki's article a while back about playing units you like whether or not they are "good," where he pointed out my love of the seer council. Alas that romance seems to have seen its last days after one too many turns without fortune turning the unit into an expensive smear on the ground. An offer from a friend to buy the squad prompted me to question what I would do with the points.

I wanted to keep most of the same models to keep costs down, but that leaves a large gap in points and only a few openings. What I did have (fire dragons, dire avengers and fire prisms) gave me a definite bias toward shooting over close combat, but I needed something fill the points that fit with that theme. I didn't want to buy another squad of fire dragons, good though they are. The problem I had seemed to be having wasn't killing transports, but killing what comes out. Infantry killing, especially marine killing, has two ways to go: Rate of Fire and Save Denial. 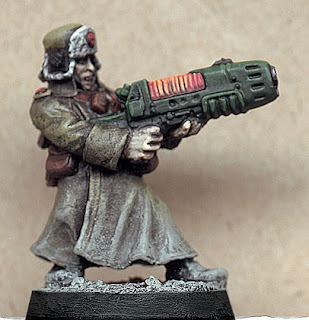 Save Denial
Easier to do against units with horrible saves (5+, 6+), this method relies on bringing weapons that have an AP value equal to or lower than the target's armor save value. The plasma gun is one of the best examples of save denial and is available to most armies' troops in one form or another. Since I can't get any plasma without taking fragile troops in the form of guardians, taking vypers which I'm selling to another friend for his Dark Eldar army's venoms or giving up my bright lances I can't really justify going this route. It's not a bad way to kill infantry, but with cover becoming more prevalent in 5th edition, Save Denial has lost a lot of it's appeal.

A guardsman in a crater might as well have carapace armor unless you have a way of denying his cover save because he can choose to take his 4+ cover save . If he chooses, that guardsman can hit the deck and have just as good a chance of dodging a railgun as a marine has of taking a lasgun in the chest. I'll save the rant on guardsmen blobs with stealth for Loki, he does it better. Whether or not you think this should or shouldn't be (what we call a normative statement in economics), this is a provable fact of playing 40k in 5th edition (a positive statement) and when I build lists I try to stay positive in my thinking and outlook. 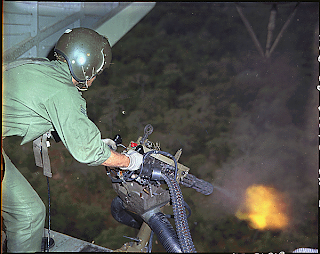 The other way to go about killing infantry or tanks. You don't need to have high strength weapons like railguns or meltaguns to kill heavy armor, though you need 216 missile launcher hits to kill a Land Raider Crusader. If you have a weapon whose strength is equal to your opponent's armor value minus five, you can kill that vehicle with one shot. It's not a good chance, but it is a chance. So you've got lower strength weapons, what makes these weapons worth taking instead of weapons to deny saves? Weapons that have lower strength generally have a higher rate of fire to compensate. If your weapon can take the -5 test and can boast a higher rate of fire, you've got multiple chances of which you only need one to achieve your goal.

For my Eldar, I decided to take a gamble and drop my faithful bright lances from my wave serpents to solve my problem with infantry. I'm losing my chance at save denial and wounding monstrous creatures on a 2+, but if I can keep a decent strength on more shots I can try to force my opponent to roll saves and the dice may favor me more. If I wanted to go halfway between rate of fire and save denial I could opt for the star cannon, a nice two shot 6/2 weapon, but where's the fun in that? 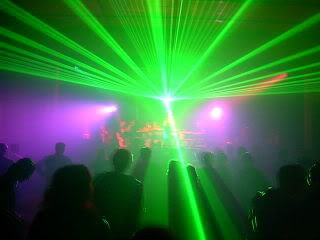 Instead I'm loading the serpent turrets with scatter lasers (maybe subwoofers later) and upgrading the underslung catapults for a shuriken cannon. Instead of having one 8/2 lance shot each serpent can bring seven 6/5 or 6 shots with the four 6/6s being twin linked. Honestly, the odds are pretty bad even against rhinos, about a 1 in 6 shot of destroying but it is oddly better than a single lance shot. Where the scatter laser / cannon combo really comes into its own is against horde armies like the one I played against tonight. I lost, but it was a refreshing sight to see an ork mob reduced to failing a morale test in one shooting phase. 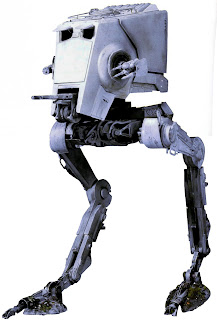 Now I don't claim this as my idea, another friend at the Keep was the first person I saw use this unit to devastating effect and like any good teacher, I stole it. The concept is simply rate of fire turned up to eleven, as Eldar love to do it better. Fitting in my last heavy support slot and coming in at a relatively small 180 points is a unit of three war walkers with two scatter lasers. Unlike their more stompy cousin the wraithlord, these come in a squadron and can take two of the same guns without twin linking them. While they are still ballistic skill three, this unit can pump out 24 6/6 shots a turn. On average that's enough to force ten armor saves on marines, go and do the math I'll wait. Forcing saves doesn't mean killing, but it does give a chance to kill, especially the special weapon, heavy weapon and sergeant out of a tactical squad. They may all live, they may all die, but forcing those saves gives me a shot at killing them where a save denial weapon would guarantee my killing a non-essential model.


I've been rambling long enough for one night, so look for a second part coming over the weekend. Feel free to chip in and give your thoughts. If I might as well be putting underwear on my head and thinking it's a hat tell me, won't you?
Posted by Heretic at 12:24 AM