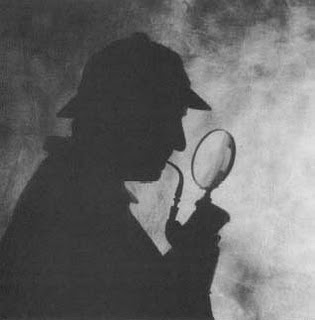 Welcome to another edition of A Closer Look.  With the recent Tau-rific codex, there have come a series of closer inspections given to the rules of 40k.  Some of these rules have added a deeper understanding to some rules I had recently looked at, and some have caused many a face to be palmed around the staff here.  So lets get to it.  Caution: this article can be kinda fishy!


Pinning!
So a while back I had mentioned that not much had changed with the rule with 6th edition.  Turns out there is something new here after all.  If you crack open your big rule books to page 40, Pinning can be found smack dab at the top of the page.  While the rule starts out with some fluff, it's really the second paragraph you need to hone in on here.  The first line has been altered from it's previous wording and now reads

"If a non-vehicle unit suffers one or more unsaved wounds from a weapon with the Pinning special rule, it must..."

The key change here is the use of the word "wounds" rather than what was precociously worded as "casualties."  With this new change, it is indeed now possible to cause a pinning test on a multi-wound, single model... such as a monstrous creature.  Something to keep in mind when facing down all of those non-synapse monstrous creatures from Tyranids.


Dangerous Terrain Tests!
We all know that you can indeed take armor saves from these awful tests now, but that isn't actually the point of discussion here.  The interesting note here lies not in the USR section, but actually in the assault phase section.  The rule is described on page 22 of the BRB.

While there is no need for a direct quote, the summation of the wording is that units do not need to take a test for dangerous terrain when a charge fails.  The models do not actually move, and therefor do not meet the requirements for "moving" through dangerous terrain.


Rapid Fire!
This is an interesting new point of view, but it is something to consider.  Consider for a moment the Torrent of fire rule.  As a subclauses in the rule, it says that only models in range can be wounded by shots fired.  As this is the case, it means that when you choose to rapid fire, it means that effectively, only models within 12 inches (usually) can actually be wounded.

There is some discussion as to how this works with wound allocation being based on AP value, and using one person to fire a full range to in effect break the system, but for the most part, if you choose to rapid fire, you need to be sure the bulk of the models in the target are within that range.