Challenging the Truth that Doesn't Exist 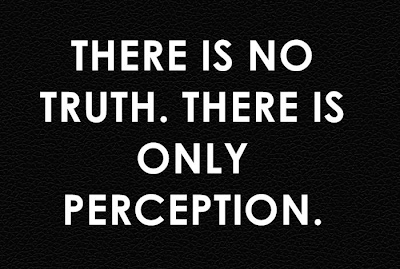 Greetings everyone.  Let me open this article by stating that in no way am I trying to undermine or insult anyone, which may immediately cause some to worry.  This article was brought about by an idea that had popped into my head having overheard something that struck me as both fascinating and undeniably relevant in 40k.  It even extends beyond the boarders of the grim dark, and could in itself be considered a core foundation to making yourself a better gamer.  And like all good foundations, it's simple.

"One should always aspire to challenge what they believe in.  It's deciding that you "know" the truth that sets you up for failure."


This fundamental idea forms the core of this article, and so it will focus on thinking deeper about the meaning and usage of rules and models on the grim dark table top.  All too often do I see people making the judgement for themselves that a unit is good, bad, not worth looking at, auto-include, or some other label defining that unit's potential.  Not only is this damaging to the community, it's inherently a fallacy. 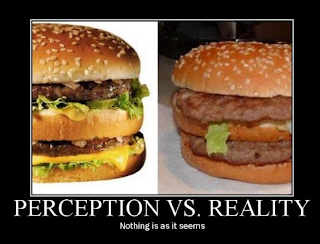 If one person believes that a unit is bad, there is no real proof that it is.  You can make claims that the unit is too expensive, it has poor match-ups, it won't do as much as another unit in the same slot, or some other seemingly pinpoint reasoning to reduce the interest in playing that unit.  But the fact of the matter is that regardless of any other circumstance, this is a player's opinion, and it based around nothing but their view of the game.  It is impossible to accurately depict every scenario in the game, or even most of them in order to have the data required to label something so definitively.  Any unit can prove itself useful if given the opportunity to do so.  Where one person may cry out a unit isn't worth looking at, another can defend it by providing an equal number of times it's bailed them out, or caught their opponent off-guard.

There are limitations to a force's units by virtue of points.  40k is always about crunching numbers to some extent, seeing what you can legally field on the table.  There is no doubt in my mind that certain units will more efficiently fill a role than another unit.  But if the game was based solely around efficiency and numeric equations, than the codex entries could be shortened to about six to ten units per book, and left at that.  But thankfully the game is about more than that.  it involves strategy, good instincts, the ability to learn, adapt, and out-think the other.  The game is also about enjoying and challenging yourself.

What's fun about some of the top tier event lists these days?  Screamer Star?  Quad-Tide?  Necron Flying Circus?  Does anything think those lists are being run for fun, or to challenge the controlling player?  Probably not.  Those lists are more or less built to optimize the points at one's disposal, and seal a solid W at the end of the day.  And at a tournament, I won't argue.  People all play for different reasons, but at a tournament, at least to some extent, everyone would like to win some spending cash.  It's a common denominator for sure.  Point being, optimization to some extent is expected in those games.

Moving away from that, take a look at free-play games.  There is nothing at stake and both people should leave the table in a good mood.  That's the hope, and I feel that this hope can be increased, and over-zealotry to win can be curbed by the players creating new challenges for themselves by challenging their perceptions on the units they have access to.  After all, there's no need to constantly optimize or refuse units that are "bad" in games where there is nothing to gain or lose.  It may also help to keep games from snowballing into the dominat side's favor too quickly, and may then allow both players to enjoy the game, win or lose.

Take an army you have and run, then look at units you own and always seem to have in your list.  For me, it's the Basilisk, and really artillery in general, as well as a few other staples like the Leman Russ Demolisher.  I run those in practically every list, casual or tournament.  Now I take out those units, and force myself not to run them.  For an added challenge to myself, I throw in units that are said to be terrible, bad, or not worth considering.  I sprinkle in some bane wolves, a sentinel, and if I'm playing out of standard IG, some extra angry penal legion for some added zest and spice.

Any codex has a myriad of options at it's disposal, and most of them fall prey to being out-done by something else.  But it's incredible how many skills or combinations you can think up when you take away things you always run.  Every player gets into a rut.  Running the same types of units, or the same kinds of lists.  So try something new, regardless of how you feel about it.

Challenging yourself may require you to challenge preconceived notions, be they accurate or not.  How might you run Tau if you couldn't put suits or Riptides on the table?  What might you do with Eldar if you removed Wave Serpents and bikes?  How about IG without Heavy Support?  You'd be surprised what some of the lesser traveled paths have to offer you as a player.  You might even find something you'd never considered before.  Remember the point of this is not to chastise people for playing those units, it's to see what people might do if they looked to other possibilities instead.

So I challenge you.  Next time you meet at your local game store, your friends house, or where ever you meet to roll dice, challenge what you know.  Set yourself up to experience something new.  The world can be a stale and boring place as it is, and one shouldn't consign their gaming experience to such a similar fate.