Heresy in the Library - Malodrax

Hello there, good people. Trooper here coming to you with a review of the latest Space Marine Battles book, Malodrax. A tale of Darnath Lysander's capture, escape, and subsequent return to the warp tainted world of Malodrax where he proceeds to do what any rational space marine would do against the forces who are both his eternal enemy and his captors...he conquers the world and salts what is left.

So sit back, drink some amasec, and enjoy my review of Malodrax. 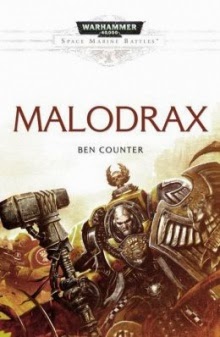 Malodrax was a December 2013 release that I happened across while visiting the local Games Workshop store here in Indy last weekend. Normally I will pre-order my Black Library stuff, but buying from your local store is more satisfying. So I happened to notice that Malodrax was on the rack and decided that, being a good Son of Dorn, I was definitely obliged and interested to see how Ben Counter would portray everyone's yellow armored Titan Killer. While I haven't exactly been thrilled with Ben Counter's work in the past (Battle for the Abyss has a special place of hatred in my heart), I was on board to see where the story took me. So with this in mind I began my descent into Lysander's capture by the Iron Warriors and his return to the Imperial Fists after a thousand years of absence.

The first thing to notice about Malodrax is that it is going to differ from a "normal" Space Marine novel in that a lot of your action is going to come from one Space Marine. Furthermore, said action is often restricted by Lysander realizing his situation and choosing to either stay his hand..or manipulate circumstances so he can survive to rescue his battle-brothers and get revenge. The novel alternates its chapters by one chapter depicting Lysander's initial capture and journey through the hellscape of Malodrax and the next depicting Lysander's return with select members of the First Company of Imperial Fists as he works to kill. During the return chapters Lysander still is forced to stay his hand, resulting in sections of the book being introspective and more focused on Lysander's renewed captaincy and the PTSD he suffers.

PTSD...In Marines? It's more likely than you think. Space Marines, while being the gene bred warriors of humanity are still human in some way, even if they have left their mortality behind. The depiction of Lysander and Halaestus, the one other survivor he was able to pull from Malodrax is an interesting look into the mentality of a Marine who has to bend the rules in order to survive and who has to cope with, say, the loss of something beyond pride. Halaestus, during his incarceration, loses his Progenoid glands and his primary struggle is what his worth to the chapter is. What good is a Space Marine without his ability to pass on his legacy and create new Marines? Halaestus is a frenzies fighter who feels there is nothing to live for and feels no brotherhood to Lysander, who he believes had to make infernal deal in order to rescue his brothers. Whether Lysander has had to do so...that is something I will leave to discovery. 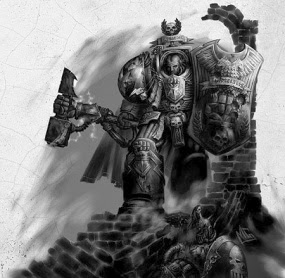 Lysander's journey is assisted by the rantings of the radical Inquisitor Corvin Golrukhan, who kept a journal of his own journey across Malodrax. Lysander acquired the journal during his initial escape from captivity and the writings revealed to Lysander clues to how exploit Malodrax and it's denizens...which Lysander does...rather masterfully. I won't spoil to much, by Lysander manages to keep himself in check long enough to orchestrate several huge events that, when he returns a thousand years later, have lasting consequences to his expedition. For example, Lysander crosses a scorned daemon "broodmother" who remembers him a thousand years later and sends her bloated, awful spawn to confront him.

Moreover, Inquisitor Golrukhan reveals that Malodrax is testing everything on it, which really is the theme of the novel. Everything, somehow, is tested on Malodrax. Lysander's test is how far he will go for the rescue of his battle brothers and his revenge against the Iron Warrior Lord Thul. The strong survive, the weak die or serve the strong, and there is no escape without sacrifice.

Malodrax serves up a broad and interesting range of characters for Lysander to encounter, from the previously mentioned Broodmother, the FABULOUS (bolded because this guy is legit FABULOUS) Daemon Prince Shalhadar (who spends his time producing plays and making his harem-palace pretty), and the surviving members of Inquisitor Golrukhan's retinue, who make an appearance in some way. Lysander is like a pilgrim in an unholy land, which makes the interactions he has with these characters that much more enjoyable. 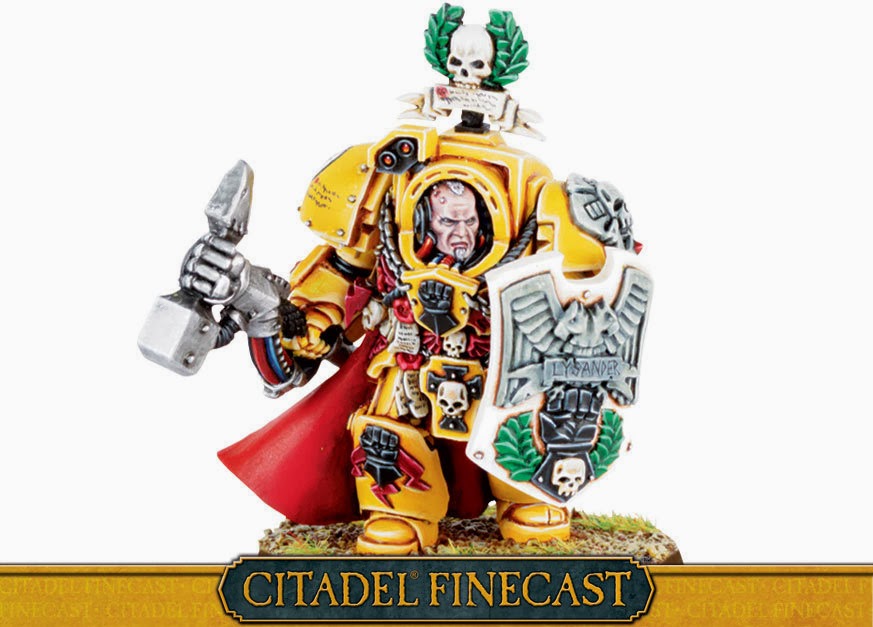 I did have some issues with how...easy things seemed to be. Lysander survives on wit during the his escape, but when returns he returns at the head of 30 Marines, two landspeeders, and a single strike cruiser. With this force he takes out a daemon army, untold numbers of creatures and daemon vehicles, and what I assume to be a former grand company of Iron Warriors who have been active since the Horus Heresy. Simply astounding. I understand the element of surprise...I understand tactics..but it just seemed way to easy to do what they did.

Conclusion
All things considered, I had to consider the warning I received when I was at the counter buying Malodrax. The good black shirt warned me that one of his regular Black Library readers had found the book somewhat painful in it's execution. Not to be dismayed I went into reading Malodrax expecting to enjoy the novel. In this I was not disappointed. Malodrax is unconventional in it's storytelling, which is something I was beyond appreciative of. Too often Black Library produces novels that treat the Space Marines as unapproachable assholes, so determined to be the best warrior around that they often neglect everything else around them. This isn't to say that Space Marines have trouble relating to normal humans or things besides themselves...because they do. But Marines were once humans and I have a hard time believing they don't carry human characteristics over to their post-human nature.

Overall I would recommend Malodrax to any reader who enjoys stories on the Imperial Fists and stories that don't depict Space Marines as just warriors but as enhanced humans, subject to magnified emotions and threats. There is subterfuge, a bit of cunning, and it is, in general, a fun read. In the down time between new Horus Heresy novels and "new" 40k content (that aren't novellas or shorts) it is good filler and one should always enjoy expanded fluff.