Heresy in the Library - The Talon of Horus 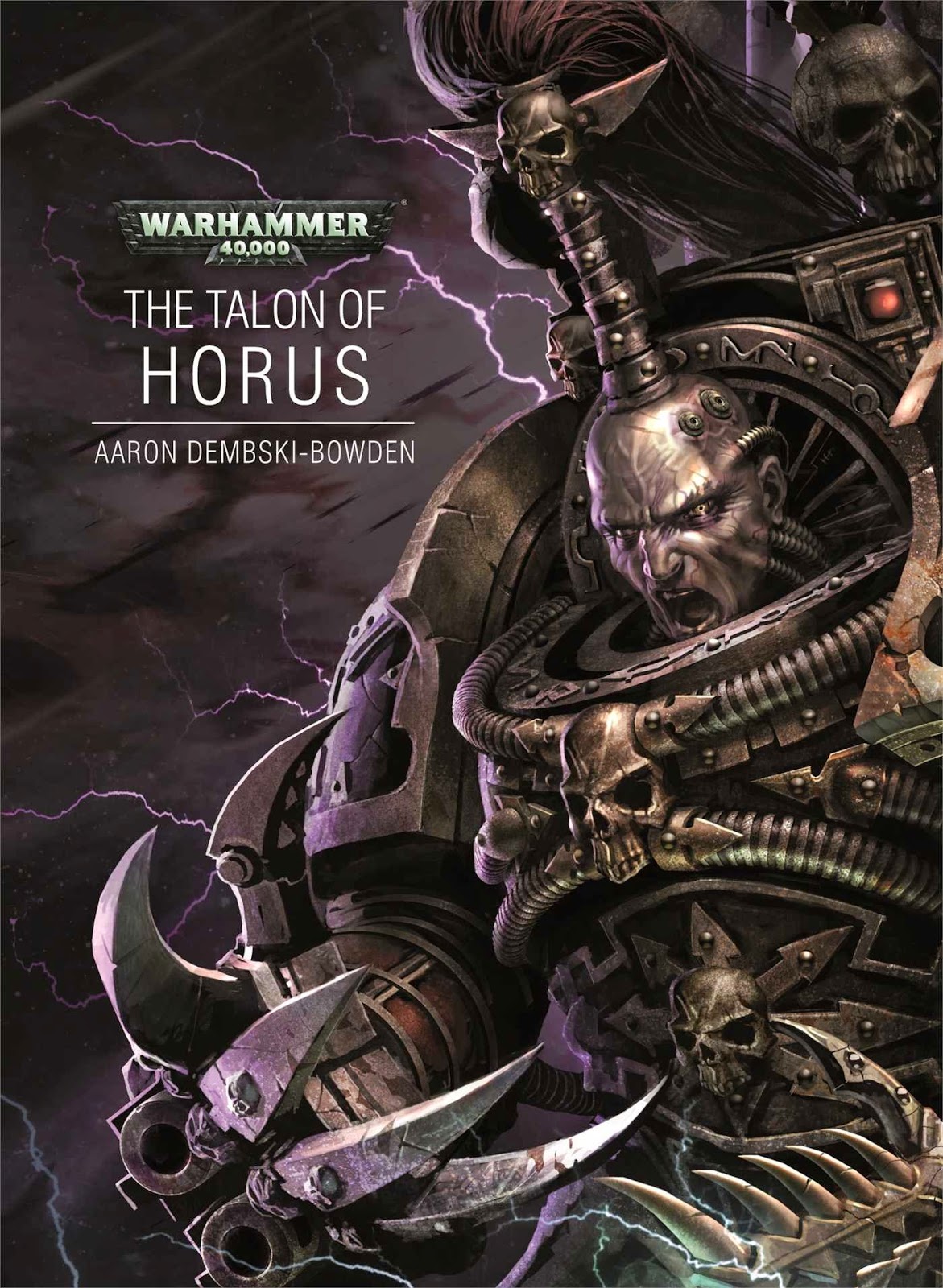 Greetings good people and welcome back! Trooper here with another installment of "Heresy in the Library", where I review Black Library publications and let you, the reader at the other end of the data-slate, know how it is! Up for review is The Talon of Horus, the first in a new trilogy to come out Black Library. Following the origins of the Black Legion, author Aaron Dembski-Bowden begins the trilogy to explain just how and why the Black Legion came about and the trials they faced. It's...different...that's all I am going to say. So let's dive right in to The Talon of Horus!

The Talon of Horus

Aaron Dembski-Bowden has, for the most part, been quiet on the publication front. Following the release of Betrayer, Bowden hasn't released a full length novel in almost two years. Barring short stories, he has remained quiet and in work with two very large projects. The first being the long rumored and often fantasized Master of Mankind, which has no doubt become both the stuff of endless hope and long development hell. The second is The Talon of Horus, which Bowden has been writing and updating since the end of Betrayer. But, for his lack of published works, he has more than made up for it on his blog, chronically the advance of the novel and his different aspirations for it. To be frank, it is one of the things that makes ADB my favorite Black Library author. Furthermore, to coincide with the pre-release of the first edition of The Talon of Horus, ADB offered a contest for buyers of the first edition to take selfies with the book for an awesome prize: ADB using MS paint to draw pictures of him and you being friends. 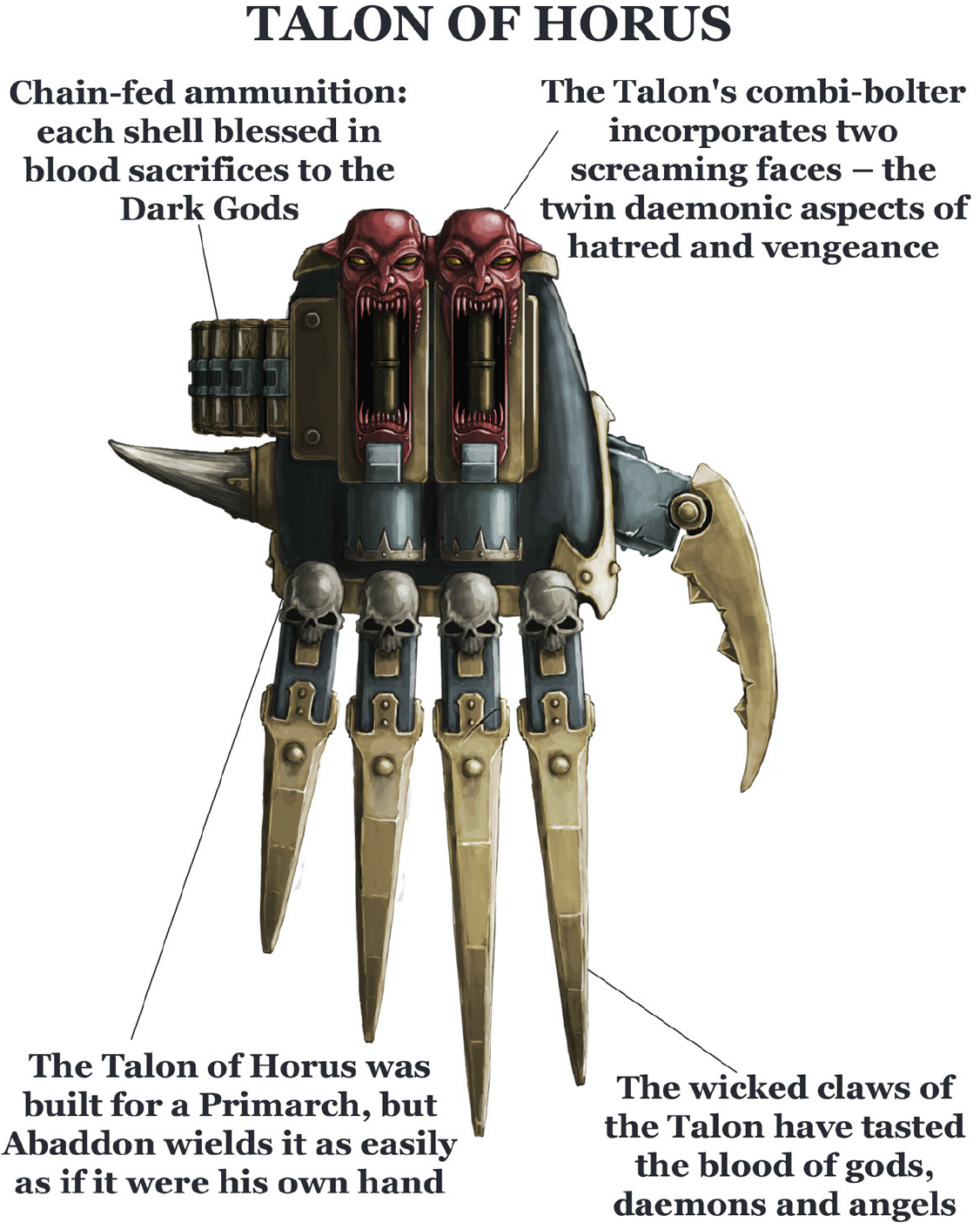 So what's in the book? The Talon of Horus tells us the story of Thousand Sons legionnaire Iskandar Khayon. Wait, the Talon of Horus isn't about Abaddon? Yes folks, the first book in this series doesn't even feature the biggest villain in 40k until well over halfway into the novel. Instead, Khayon and his merry band of legionnaire misfits are searching for the Vengeful Spirit, which was lost after the Siege of Terra. The novel opens up during the often not explored "Legion Wars", where the defeated legions who followed Horus retreat into the Eye of Terror and fall against each other. Without a target for the heresy, the legions become splintered warbands, vying for control of small and insignificant worlds. Biggest among these baddies is the Emperor's Children, who all but destroy the Sons of Horus and steal of the body of the Horus himself. With the old legion in tatters, it falls to Khayon to lead his Sons of Horus comrade Falkus Kibre to the Vengeful Spirit and the one person who can get revenge and unite the scatted legion...Abaddon.

The story is told from first person, with Khayon offering his thoughts and experiences as the novel progresses. To ADB's credit, he has ALWAYS created multi-dimensional and fascinating characters that never seem to fit the normal mold and Khayon is no exception. As a legionnaire he is what might be expected from a marine, but he is kept human by his loyalty to his fellow legionnaires and to his surviving family (which is a curiosity that ADB likes to include for his marines). It is also interesting that ADB would make the protagonist for this a Thousand Son, a legion that never actively went traitor until long after their death. And, furthermore, a legion so steeped in mysticism and psychic power that they hold literal monopolies on their craft, which makes Khayon invaluable to whoever he chooses to sell it to. 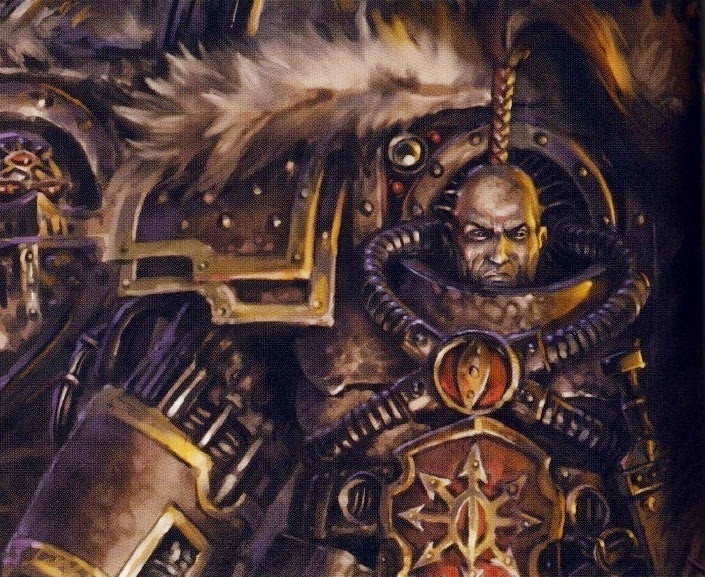 Khayon also calls upon a whole host of daemon allies. His familiar (noted in A Thousand Sons as a tutelage) takes the form of a wolf after Prospero was raised and remains a willing and even voluntary supporter. Khayon also keeps daemons bound in a vintage tarot style deck, but these daemons remain volatile and subject to escape (which they attempt to do). A discourse on daemons also occurs; Khayon describing them as a an outpouring of every emotion triggered by traumatic events or supreme efforts. For example, one of the Tarot cards is "The Ragged Knight", who was triggered during the Cathar Heresy in the middle ages and birthed from the slaughter of innocents. Or that his familiar, Gyre, shifts form to a wolf and identifies as female after the razing of Prospero.

It's not just daemonic support that Khayon calls upon, but members of almost every traitorous legion are called to the quest (even an Emperor's Children legionnaire, who comes to the fold under rather dubious circumstances). In addition, Khayon keeps a Dark Eldar woman in a rather sick manner as well as a gestalt entity that serves as the ship's machine-spirit. I would love to tell you more...but you might be better off learning their stories on your own.

Finally there is the big bad himself...who gets precious little love and support. When he is found, he talks of some wizened pilgrim who has called together a band to do a quest for him (So, you all meet in a tavern..) and then he gets revenge and does something cathartic...like...really cathartic. Then it is over and we are told there would be more stories.


So what do I ultimately think of The Talon of Horus? It's a well welcome return of an astounding author to the published world. Excellently crafted scenes, well made and thought out characters, and a plot that absolutely sucks you in and invites you to stay awhile make the novel an exciting entry to the Black Library. 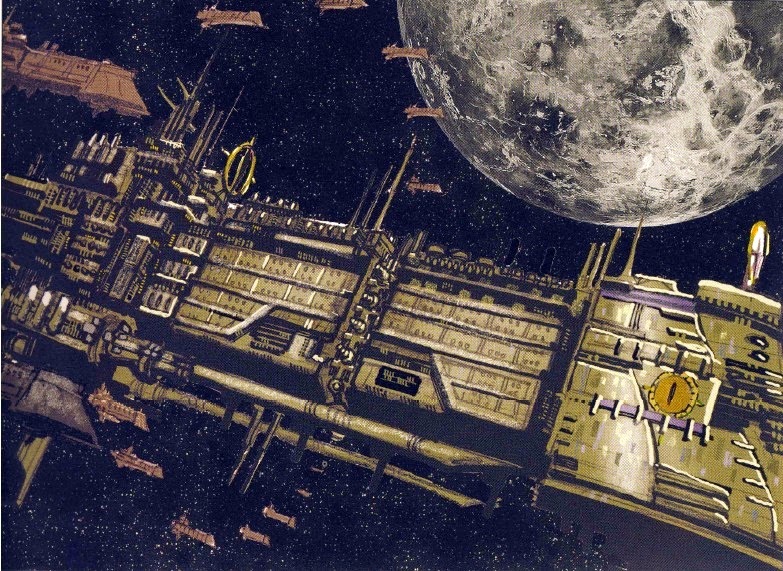 Not to say that there isn't flaws. Khayon can sometimes come off as overly angsty and sentimental and his interior monologue sometimes becomes tedious and difficulty to navigate. There isn't a clear cut distinction between his thoughts and the spoken dialogue sometimes, which cheapens the interactions between the characters. Furthermore, the novel is told across 10,000 years. From the end of the Horus Heresy until the end of the 41st millenium, Khayon reveals that he has been sent by Abaddon to be captured by the Inquisition and brought to Terra itself to deliver a message of doom and war at the onset of the 13th Black Crusade. It's kind of cool to see ADB try and advance the central plot of 40k, but this is hardly the first time he has tried. The end of the Night Lords series features a protagonist actively lobbying to destroy Ulthwe (and having the means to do it) at the onset of the 13th Black Crusade.

But it never goes anywhere. It's constant teasing and plot that never lets you in on the ending. To me that is absolutely infuriating and detrimental to the business. But GW seems adamant about staying put and not giving an inch of plot. You can only go so far with this before people start becoming...disgruntled.

So, ADB, maybe lobby GW to let us have some plot progression...m'kay?