Greetings everyone. I thought I would write an article to entertain the brain with some tactical advice; but while reading through the Big Rule Book earlier today, I came across an interesting bit of information which could cause some interesting effects in the realm of the game. So my inquisitive nature has gifted those of you interested enough for a treat, as this post will be a double feature.

So prepare your brain for some food for thought. 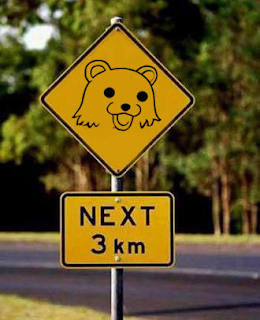 The idea behind this tactical advise is to leave you opponent asking what happened after he suffers a crushing defeat. It is a simple plan, and is often easy to pull off against even experienced players. It involves a little deception, some playing up... and a sacrificial lamb.'

Now before you start sharping your pitchforks and calling P.E.T.A. on me, let me explain. With the ideals of 5th edition being law these days... it is no doubt that many of the armies now facing your front lines may be fortified in armored transports. Often this can leave a unit you would like to get to protected, and therefore gives them the edge to do as they please against your models. So a good plan or contingency for a lack of melta or tank bustin' weapons is always helpful. Of course the plan works against units not in transports just as well... but without the protection for a vehicle, it is more probable they will be dealt with by much easier means.

The gist of this plan is simply to lure your opponent into a false sense of security by leaving a unit relatively open for attack from their better units. For example, the Assault Terminators in a Land Raider can be a tough nut to crack sometimes; so this should help to draw them out into the open, where you can turn the tides against them. Given the chance you'll have some mobility of your own, simply having the bodies to cover area, or surprise units from reserves... these all work to the same ends of catching the enemy off guard.

One you have laid the bait unit on the table, come to terms that they are in fact bait... and you shouldn't worry when they die. This unit will need to be decent in many cases to merit being a "must kill" unit. Note this may change varying on mission type, and even position. Remember to ham it up too, your enemies will wonder why your "oh so special squad" is about to get steamrolled, rickrolled,and flattened into a fine pile of goo that used to be your baby without so much as a wimpy of sadness in your voice. They will probably die a gruesome death to enemy hands, and you should be sad... at least to them you should be; but this squad serves a much more deviant roll than they know. Remember not to leave these guys to fend for themselves, keep units close by, and ready to make a surprise move in once the bait has been taken. Once they have... you spring your trap... or traps, and watch them squirm as their baby falls to bitty pieces on the board right in from of their eyes.

Pull units in from cover, across large gaps in transports, or from Deep Strike, or any place you can... it's an old fashion tactic but the ambush is hard to pull off well in this game, and often isn't seen in large scales as it requires much force to pull of sometimes, and it means dedicating large amounts of force, to gain what looks to be only a little.

This plan works to devastate a key unit, while leaving others to suffer only minor fire, but done correctly will leave the enemy reeling from shock as their "Ace in the Hole" unit falls from over eagerness to attack. This will leave them short handed for later turns, giving you the edge to make a more broad attack from a strong front, or continue to wrecking ball from one squad to the next. The choice... is ultimately yours.

Well if this wasn't an interesting, and yet gut wrenching find... I don't know what is.

CAUTION: This is an often overlooked wording, and may cause disputed feelings. I only bring this up as it is direct wording from the rulebook, and as such should be treated as such. Please be mindful of the observation.

So many of us look at assaults into cover as a risky more, as a bad move through cover roll could be devastating to the unit that couldn't make it, and then find themselves being assaulted later. I myself never thought to look at this, and was one who though to himself

"Well okay... I'll just move to within an inch, and not even snake eyes can stop me!"

The truth is my friends this is not possible. After reading the rulebook, near the beginning (page 3 of the big rule book [BRB]) on the far right hand side of the spread, it defines within under measuring distances. It's wording is

This means that the stated measurement of within (insert number)" not only includes a distance under the number, but also the number itself. This may not be much of a factor except for one key difference. This would be the movement phase.

"To keep this distinction clear, a model may not move within 1" of an enemy model unless assaulting."

Now, coupled with the definition of within (which includes the number inserted [in this case 1]) a model must not be an inch or closer in the movement phase. This means even if you are a hair's width over, snakes eyes means you'll still be under, and therefore not make it.

This could prove to be a devastating blow to units attempting to get into assault... but it is written by G.W., and as such is a binding rule for the game. I know it's not fun to be on the receiving end of this, but I suppose in this game failing is almost always an option which should be considered, and is there to challenge us the player. Battles are never certain, and attempting to force fate often leads to unexpected failures at times... and it is something we must all look to as a way to challenge our skills on the table top.
Posted by Godfrey at 10:39 PM