So as my Templar are nearing completion, I have been pondering on my next move. I really enjoy my army, and I still plan to add little bits here and there to really finish up the army for just about every play style I am wanting to fill. The last units on my list are these.

Once all these models are complete and finished I will be finished with my Templar... or at least as far as I want to take them at the moment. So with that I've been looking around for ideas on what my next move is... these are the options I have chosen. 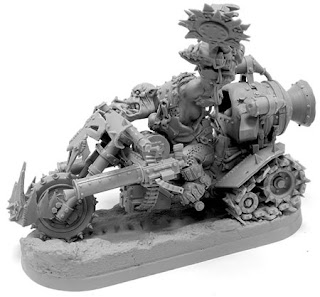 So I do Love me some Orks. I know there are a few people around here selling off some of them for cheaps, and I could snag a black reach to help get off the ground.

I am also diggin' the ridiculous amount of Forgeworld support this army has as I would plan to buy a few of their pieces to use as standard models. I would probably snag the boss on bike as I am a huge fan of the speed freekz and I would love to grab some of the rumored new buggies coming soon. 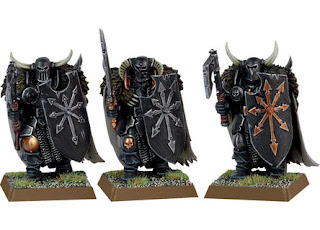 I had an idea to make a pseudo pirate/raiders army. It would involve the use of the fantasy chaos models as a base, and adding some nice Scibor models for Lords and for detailed spice. The idea isn't that they are marines, but rather they are Celtic warriors who have no true home.. so they ravage the wastes of the edge of the galaxy preying on weak settlements and the like. They are broad and bulky humans with nothing to loose and they have no fear of death... as life for them is hard. They survive by looting what they need to battle the next enemy and take their spoils of war. Think orcs/Wolves/chaos for them. To answer a nagging question, they would run out of the Chaos Space Marines codex. 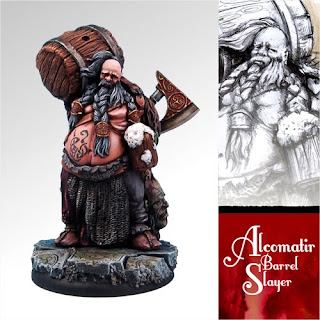 It would also allow me to use the above mentioned Scibor minis as lords... I really like this one :)


3. From the Tombs of the Ancient Race. 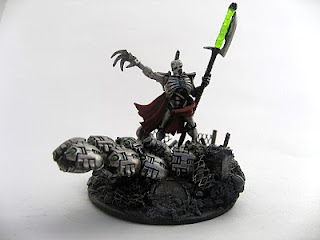 Always have loved these robotic killing machines, I just have not enjoyed the lack of support by both GW and forgeworld. I'm not sure what makes me want to try this army yet again, but I suspect it may have to do with the rumor that they are on the horizon for an update. I love the feel, and the look... just not the lack of hobby that I find with them. I would try to play them in an unconventional manner, which uses a lot of smaller units of warriors spread out and hidden, while using 1 or 2 monoliths and some alternative units to give the army some kick. I like Scarabs, destroyers, and I had thought of running pariahs since they never seem to see play. I do like these guys and they are seriously vying for my attention. 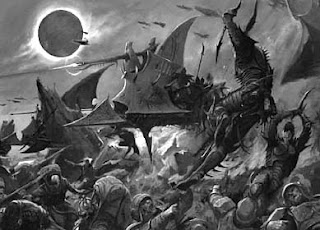 Yes I know these guys are old, and the only way I would run them is with the new codex... as I am not terribly fond of the older models, nor the only tactic that seems rather forced on the army itself.

That being said, they were my first army and I do extremely love their fluff, as well as their feel of fast but vulnerable. Archons are my favorite unit in the entire game... but then again the rest of the army as a whole still fails to have much GW or Forgeworld support yet. As of now they are on the back burner since I have heard talk from others in my group that they may be interested in starting these pirates as well, and I enjoy running unique armies :P


So what do I do. I'll take a poll here and now, asking you the readers. What army do you think your friendly Loki should undertake next? This may not happen for a little bit, but i want to know what you all think. Have at it!

Email ThisBlogThis!Share to TwitterShare to FacebookShare to Pinterest
Labels: Godfrey