Loki's recent post inspired me to give you all my take on the popularity of meltaguns in this edition of the game and their influence on anti-tank strategies. Now don't get me wrong, I love having those little devils on my side of the board, but are they the end all of tank killing? I say no. In fact I say that in some armies they have a minor role in the tank killing strategy of the army and need not proliferate like rabbits as they seem to have done. 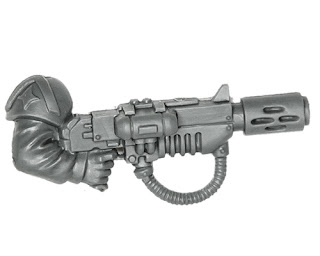 First, why has the meltagun popped up so often? It's a strength 8 weapon with an armor penetration value of 1, not too bad at all. But what makes the melta gun so popular is the extra D6 to armor penetration when within half range. Relatively inexpensive for most armies and able to have at least one in most troops choices for Imperial armies and CSM I can see why it's so attractive, but it still has its warts. The only real problem I have with the gun is that it is such a short range weapon. It has a true range of 12", but is maximized within 6" and only then against vehicles. 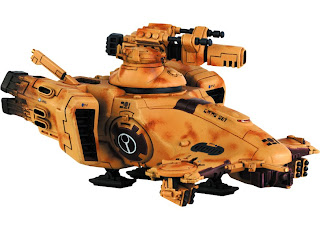 There are two types of vehicles that matter in 40k and each should be dealt with differently. First, you have what I call gunboats. These are your vindicators, fire prisms and hammerheads: vehicles without transport capacity and generally only one high strength weapon. Gunboats generally either hang back and try to turn other vehicles and infantry into piles of debris and gore or push for contesting objectives late game. Because they don't try to move to midfield until late in the game, a meltagun will generally not be brought to bear against them until late game if at all. That being said a meltagun is better used against these than our next contestant. 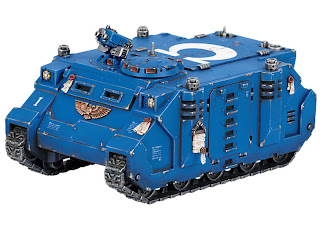 The transport vehicle, most famously the rhino APC, wave serpent and devilfish, are the "standard" vehicle of 40k. Ranging from 35 to 145 points and able to be killed by a single shot from a five point meltagun, these are the standard target of anti-tank shots. This is where I say the meltagun may be overkill and unnecessary when there are better options. These vehicles have rear armor ten and front armor of either eleven or twelve, which means that even a strength six shot can glance a chimera or wave serpent and explode a rhino, in enough volume.

A meltagun at ballistic skill four within 6" has a 42% chance of immobilizing or destroying a rhino. Then the rhino, probably also packing its own melta-armed squad has the chance to bring all of its weapons to bear on the unit that fired the meltagun if they aren't in their own transport, and if they are the second squad can probably bring at least as much melta fire right back at the first's vehicle and so on until one of the vehicles goes belly up. 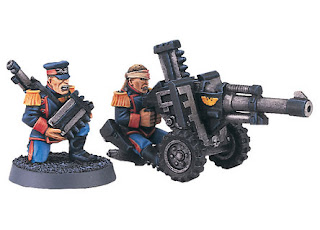 Consider instead a lowly autocannon. Becasue of its greater range, the autocannon can use the turn the meltagun spent sitting and racing forward to fire. On top of its longer range, it has a higher rate of fire, giving it more chances, albeit worse chances to destroy its target. A meltagun either has to have its target want to get close to it (good luck) or some type of transportation to get close fast, like a drop pod in the case of a dread, or even just a rhino for a tactical or an assault squad. For fewer points most Imperial armies can field autocannons of some kind.

There is a place for meltaguns, even in armies that despise getting close to their enemies, like Tau. Autocannons can't touch armor value fourteen vehicles, but they can at least glance anything else. That's where meltaguns come in. When they're within half their range melta weapons have a better than 50% chance to penetrate the vehicle's armor if they hit.


Up next time: how to kill tanks and not worry about your marines being too close.
Posted by Heretic at 4:09 PM

Email ThisBlogThis!Share to TwitterShare to FacebookShare to Pinterest
Labels: Tactics