Coming Back From the Brink pt 3: Shiny Bits

Today we're going to talk about the special issue wargear in the Tau codex.  I wanted to discuss the special characters also, but I don't think there will be time.  You can probably guess my opinion based on the caption, but I hope to give good reasons why you should be wary or why you should want to  take these options in the light of 6th edition.

Let's start with the wargear and keep in mind that these options are only available to shas'vre and above.  That means each wargear item comes with a ten point tax in addition to the cost of the model using it and the cost of the wargear itself, though that also buys you weapon skill three and initiative three for what those buffs matter to you.  Being primarily close combat buffs, I don't put much stock in them as it brings one suit per team or any bodyguards for your commander to the skill level of guardsmen, which is decent against guardsmen, but is still not highly skilled.  Moving on...

Stimulant Injectors - gives the model Feel No Pain.  If you are worried about taking a lot of small arms fire this is the item for you.  In most games I've been worried more about missile launchers, melta, and lascannons than bolters killing my suit teams.  If you're getting hit with those weapons this won't help, though now it will help you against plasma weapons as AP 1 and 2 no longer deny FNP.  Alone it isn't that great but in combination with our next contestant it can be hilarious.

Iridium Armor - gives the model a 2+ armor save at the cost of reducing its 2d6 move in the assault to d6.  Smack yourself if you take this on a broadside as it has absolutely no effect but to eat points.  Like the stimulant injectors this gained from 6th edition, though its cost also grew.  The change to how power weapons work in 6th edition made this much more appealing as now only axes, fists and hammers (and of course MCs) can deny this save.  I would recommend this if you want to have someone, probably a bodyguard to take a challenge for your commander.  In 5th jump jet suits had a straight 6" move in the assault phase and there was only a 16% chance you wouldn't be moving slower with your extra armor.  Now you lose a full half of your assault jump for the added protection, though it does not slow you in your charge move or movement phase...hmm

Vectored Retrothrusters - gives the model (and thereby the unit) Hit and Run.   Well, Tau hate being in CC and want to get out if they can.  But what if you turned your opponent's expectations upsidedown? If you give a commander, probably a shas'o, all three of the wargear items I've talked about so far you get what is called a Ninja'O.  Equipped with two cheap weapons (e.g. twin flamers), this commander can be an answer to swarms of gants or ork boys, assuming you get the charge on them.  He can charge, hold them in CC during their turn and have a 2/3 chance to fall back and allow your army to clean up the unit, then repeat if necessary.  This can be good in a pure Tau army, but I think it really shines when you combine it with a deathstar from battle brother codex, e.g. terminators.  People may argue that close combat has been marginalized with the change of editions, but I haven't heard an argument against close combat terminators still being kings of melee.  Give them fearless with a chaplain and Hit and Run with a cheap shas'el and you don't have to worry about being tarpitted by fearless units.  Note that if you take this you cannot have any other model in the unit, so no drones or using this on a team leader.

Command and Control Node - GW decided this had no purpose, as it only effects target priority tests, and decided it would be easier to make it meaningless than to give it a purpose.  Wow, that was easy. 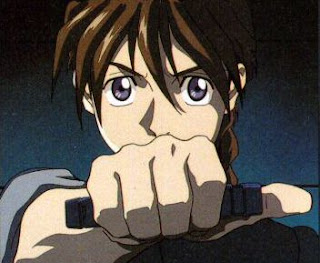 Failsafe Detonator - "the ultimate expression of the Greater Good."  Can be triggered if the unit loses an assault and are forced to make a fall back move.  Triggering causes all other models in the unit to fall back without risk of sweeping advance.  Before the enemy would pile in around the model the model becomes a large blast of S8.  The enemy may not consolidate, but also cannot be forced to take a moral test from this blast.  The problem is that you need your character to have survived the assault and possible challenge, which isn't that likely IMO, then you need to think that whatever models you have left are worth more than the suit who self detonates.  An interesting piece of wargear and an amazing representation of the spirit of Tau'va on the tabletop, but not recommended for anything approaching competitive play.

Positional Relay - allows you to choose exactly one unit in reserves and bring it in on a 2+.  All other units must remain in reserves.  This used to be the foundation of a strategy called Ninja Tau, not to be used with a Ninja'O oddly enough, where one commander hid on the battlefield and brought his army on one unit on turns two and three with the rest surging in on turns four and five untouched and unleashing their firepower in a massively delayed alpha strike.  Also very useful if you want to bring in outflankers and deep strikers with high probability, my favorite use was to bring in twin-melta suits to nuke a land raider or basilisk that was threatening my army.  Not as useful as it used to be with the changes to reserves, but if you have two units that you want on turns two and three respectively, it is effectively a very cheap autarch upgrade for your commander.

Ejection System - If the model loses its last wound to a shooting attack that does not cause instant death, the model is replaced with a single model (with pulse pistol).  Like the Failsafe, a nice option to represent the fact that there is a pilot in the suit, but is restricted to single model units without drones, which is rather limiting.  If you have made a model to represent the punched-out pilot go for it.  If you want to make your army more dangerous I would take it on your commander IFF you don't want drones.

Now we move to the first of the weapons.  There will be some comparisons to the weapons I will be bringing up next time, so I apologize if it takes time to compare in value.  Points costs as always will be in your Tau codex because GW frowns on posting points costs and I don't want a legal bill. 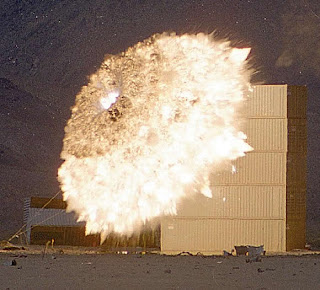 Airbursting Fragmentation Projector - A bolter-equivalent barrage large blast weapon that ignores cover and cannot be augmented by markerlights.  There really isn't much that markerlights can add to this as it already ignores cover and will generally be wielded by a ballistic skill four or five model, so accuracy could be boosted by one at most.  The only point where a markerlight would be beneficial, and amazingly so in some cases, would be to reduce leadership for the resulting pinning test.  It fills a niche for bugspray that ignores cover and is pinning to boot.

Cyclic Ion Blaster - This is one of the more humorous of the Tau weapons, as it has a relatively good armor penetration value, but is only strength three.  If you get a too wound roll of a six your shot is armor penetration one.  So it's essentially a strength three rending gun with five shots that can't hurt  toughness seven or higher.  If you are having trouble with aspect warriors or IG veterans, or Farsight's renegades this may be the gun for you.  Otherwise, I would just walk on by.

What are your thoughts dear friends?  How would you like to build Tau with this in mind?  Are there some other concepts from the Tau fluff that could be illustrated in game rules?  If so how would you do so?


I'm Underground Heretic and here's a preview for next time. 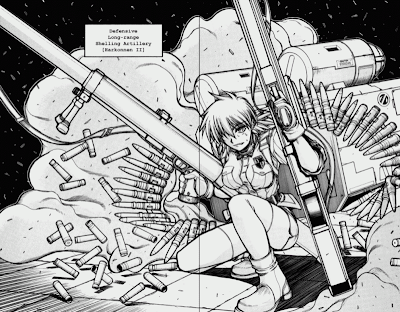