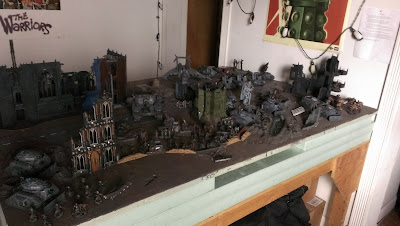 Recently, Ball State University had it's usual winter break, and I found myself with a fair bit of time to really spend on myself.  While still being productive in my work life, it gave me a lot of time to devote to the hobby side of 40k.  With 6th edition, I have been getting a fair few number of games in, and I have been deeply enjoying the new rules.  But as I said, I spent a good number of hours over the break devoted to putting paint on models.  One could say it was something along the lines of a painting Blitzkrieg.  (fnar! fnar!)

Recently I acquired quite a few vehicles from a friend who decided Guard wasn't where he wanted to go.  My last Progress Report detailed a large induction of infantry models I got from Games Day 2012.  Well... I finished them all... and the tanks, and even some extra fun models I picked up on the side.  The full list of items painted since the last report are as follows.

But Hey, I can talk about the models all day, but that doesn't mean much without pictures! 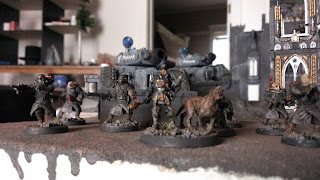 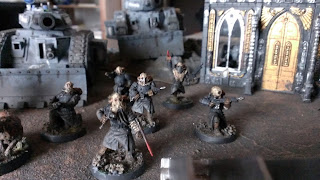 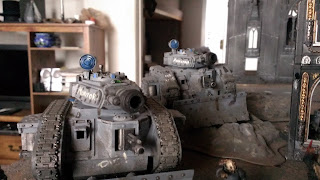 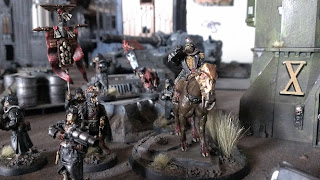 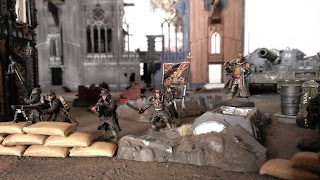 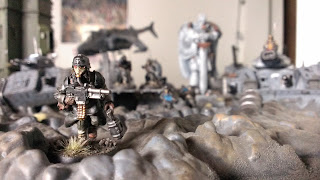 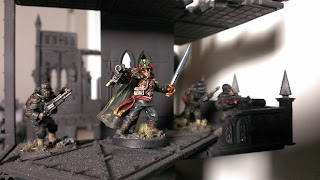 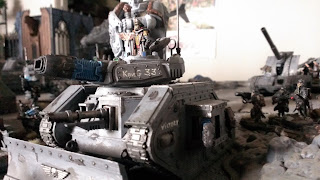 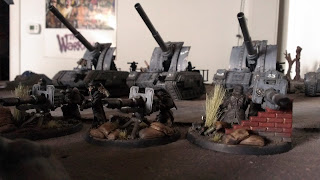 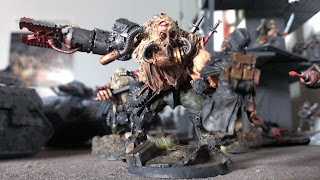 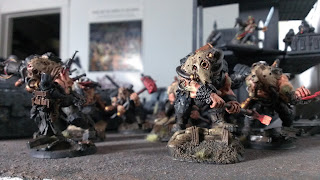 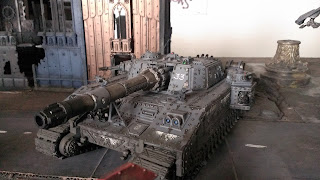 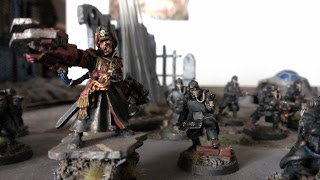 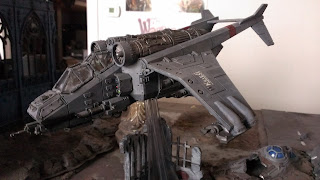 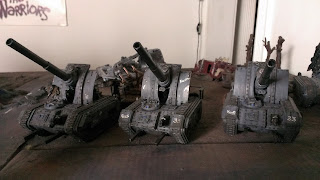 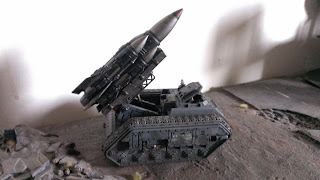 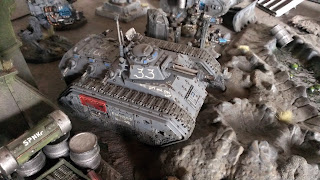 As a fun aside, I have started some of the first steps towards building a 40k table that is based on an interior space.  The design is open and big, and hopefully when it is all said and done, there will be a good looking table that looks like a Space Hulk or underground base.  I'm even going to work on getting some built-in lighting on this table.  Additionally, I'll be building a large mountain entrance so that the new table can be placed along one of the existing Krieg table's short edges to make a duel interior/exterior table for a massive apocalypse scale assault game.  No doubt Corvus, Havok, and I will at some point will try for something like that in the future.  But  I think that's it for me.  I hope you guys enjoyed!