Despite my own first impression, that was not me on Godfrey's last article cover.  The article may have been inspired by my recent gaming troubles, as I've been having a rough patch of gaming recently.  I recapped this last time, but I wanted to give you an update on how it was going.  I've had the chance to test out an allied Imperial Guard list, but not anything else.  I've spent most of my time allocated to 40k discussing what I see as the plight of tau with Godfrey and Corvus.  We've delved into the possibilities of different allies and Godfrey has delved into how we respond to failure from our rolls, but I need to delve into my own mind also.


Godfrey has made excellent arguments as to why my gaming results might improve if I included most any army under the suns.  Corvus has illuminated to me how there are more favorable match ups for tau than I had believed there to be.  Their persuasion has done nothing to lift my spirits, no matter their eloquence or their factuality.  For all my desire to play an even game and desire to construct a superior battle plan, my stubbornness is greater still.

I am not constrained by models to play only tau, but I am constrained in my heart to do so.  In faith I do not love Tau with mine eyes, for they a thousand errors note.  But tis my heart that loves what they despise.  I don't want to be given anything I could call a victory, even if it would level the pitch.  That's not who I remember being.  I've allowed myself to slip into habits both in gaming and outside gaming that I had despised, but I've seen this.  Knowing you've given up and sold out doesn't matter unless you do something about it, so I'm putting myself on a path back to where I used to be.  Most of it won't appear here, but I want to include warhammer and my associated mental processes in this process. 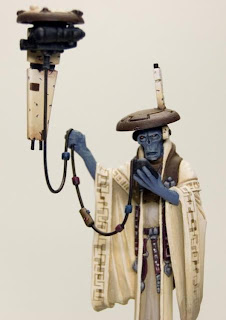 I can't deny the weaknesses of Tau, but I had denied some of their strengths.  They suffer from a lack of access to various weapons outside of two or three options, making adapting to flubbed rolls more difficult.  They pay high prices for their weapons and transports, which means the have a lower model count than other armies and lack stats vis-a-vis armies with comparable model counts.  They have an abominable strategy rating, but wait there's more!

Specifically, they demand judiciousness of their players, both in the list building phase and in-game.  I've tried armies that forsook crisis suits for fire warriors, armies that forsook fire warriors for suits, tanks for infantry and infantry for tanks.  None of these worked properly, because each army was focused on using the force of one unit en masse to destroy their target, but in doing so forgot to plan properly before the game.  It is theoretically possible for an army revolving around one unit to succeed if that unit has enough tools to deal with any opposition, but that is not tau.

The more I think about it, not only are tau incapable of doing so in their current codex, but it is anathema to them.  Their society is based around specialization and exchange, maximizing their productivity by working in tandem rather than independently.  This forces the army to be interdependent, but it punishes failure in the earlier stages of cooperation.  The elite units that need to be  successful earlier can and should be made better in order to compensate for this high price of failure.

So, what's the the point?  I love tau, they are the army that got me into this game and they will be the last army I sell when I leave it.  I can't make the codex better by fiat, but I can make myself a better planner and player.  I can set plans within plans and I can keep fighting till the whistle blows.  I haven't been doing those and I have been blaming my codex for problems that stem from me.  I can't become a better person or a better player until I determine the source of my problems.

I'm Underground Heretic and I get to live with that everyday!
Posted by Heretic at 12:00 PM