Podcast #8: The Hammer of the Emperor 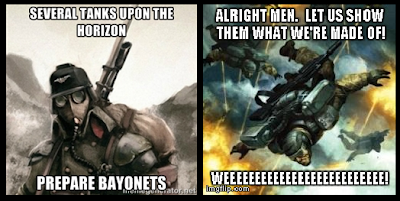 Join myself and Rites of Battle's newest Lexicanum, Trooper as we discuss something that hasn't been on the 40k scene for nearly half a decade: The Imperial Guard.  As two players who play the army, but in vastly different ways, we'll be looking into our Forgeworld Alternatives codexes for the army known as The Hammer of the Emperor... among other, less honorable names.