Into the Black Library: Priests of Mars 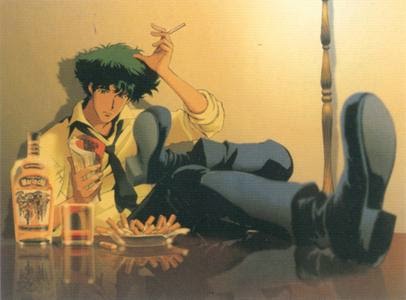 Greetings all, and welcome back.  I thought I'd write up my thoughts on my most recent reading material from Black Library, Priests of Mars.  It is the first in a trilogy by none other than my favorite author Graham McNeill, avid author of Black Library and once upon a time the author of Codex: Black Templar.  True to his high standards, the book is a fantastic work of art which covers a huge swath of the lore which until now has remained fairly shrouded in the mysterium of the 41st millennium. It is one of my favorite single groups not only among the Imperium of Man, but in the whole of 40k... The Adeptus Mechanicus.  And as an added bonus, I also get to read more about my favorite chapter of the Adeptus Astartes.  And who better to capture their essence in detail besides he who bore them into their own right?

All bias aside, The book stands as the foundation of an excellent tale which breaks the boundaries of the galaxy itself.  And it's only the first of three.

A Word of Warning, there will be spoilers ahead.  Turn ye from this page should you not wish the spoils of plot upon yourself. 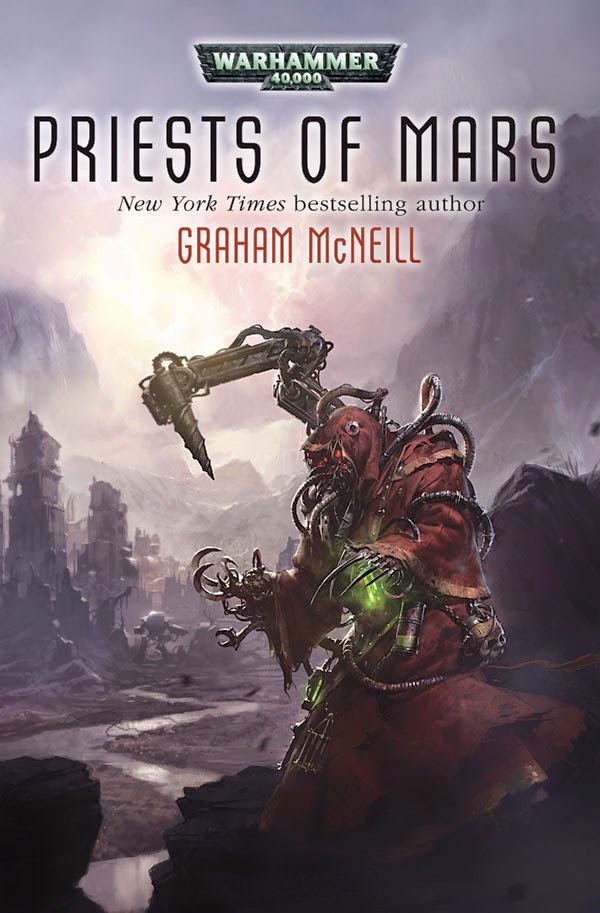 So as our tale begins, we find ourselves following a robust and rowdy Rouge Trader named Roboute, and his brash crew.  Joining him are a pair of Magos of the Adedptus Mechanics.  The interesting detail here is that it is both a father and daughter pair.  The Daughter makes for not only a brilliant interpretation of what some may neglect when they consider the 40k universe... a female character, but also how those of the Mechanicus interact with their surroundings.  She's a powerful female character, and on more than one occasion, corrects the work of her superiors.

Upon joining the rest of the Explorator Fleet, headed under Archmagos Lexell Kotov, we find out that Robout holds the much needed piece of technology which keeps the fleet moored.  It turns out to be a data wafer of a long lost fleet, gone missing nearly a thousand years before when it breached the Halo Scar at the edge of the galaxy...  Beside the Archmagos, is a perfect example of just how radically unqiue those of the Adeptus Mechanicus can be.  Several Magos surround the holo table, each with a fairly unique look and design, ranging from a heavily combat oriented Secutor, to the Master of Astrogation, who is a mechanical form, utilizing several crystal vials each holding portioned sections of human brain matter.  Next to them stand Imperial Guard commanders, and the towering form of Kul Gilad, a Reclusiarch of the Black Templars clad in the deepest jet black of the chapter's Terminator Armor.

Aside from the commanders, we also follow a lot of bondsman.  Abrehem, Coyne, and a former Guardman with his Ogryn... "friend."  While much of their story is one of suffering, it sheds a much needed light on just how little life means in 40k.  Especially when under the command of the Ad Mech, who think in numbers and efficiency... not on life.

We also find an entire Maniple of Titans aboard the ship.  Legio Sirius joins the expedition, and while their presence upon the battlefields no doubt inspires valor among the troops... it is safe to say that what they accomplish mid-warp transit will be whispered among those aboard until the end of their lives...

As the tale unfolds, we follow the fleet as they head into the great unknown, with a huge Ark Mechanicus (a ship so large, buried beneath the surface of an entire forgeworld which concealed it, that its birth destroyed said planet) named the Speranza.  As the journey continues, the fleet reaches a large manifold station near the boarder of the galaxy.  Aboard the grim dark becomes just a little darker, as the atmosphere and the creatures found on board are something out of a horror film.  After a near death run-in for many of our characters, including some of the Templar, a sinister creature of prohibited techno-heresy is compelled to join the quest, as it reveals it was the lost Archmagos of the previous quest who had given it life.  It is a creature of unspeakable insidious acts, which sustains its own life by luring in and enslaving other life forms to sustain it.  See what I mean about that horror element?

Because of extenuating circumstances... the creature joins the ensemble as they begin their venture into the unknown.  As the ships enter the relentless and unforgiving space of the Halo Scar, many ships are crushed by the sheer forces of the space itself.  But not only was the crossing made difficult by the passage itself, but by Eldar of Biel Tan, who had marked the Reclusiarch for death.

With many crafts destroyed, and the Imperial defenses down on the remaining ships, the Eldar's small and agile craft became a threat beyond measure.  But as they boarded, Kotov delved into the spirit of the Speranza itself, and quite nearly killing himself in the process, convinced the ancient and powerful ship to save them.  With a mighty and forgotten cannon raised from the prow of the large ship, the Speranza itself unleashed a weapon which created a black hole and, though not killing the Eldar craft, forced it's retreat, sparing the craft.

Though they were free of the Eldar for now, the attack was not without it's toll.  The Reclusiarch, separated from his brothers, stood in defense of his ship, but was felled in a dual with nothing short of a xenos daemon-spawn... an Avatar.  Quite literally cleaved in two, even in death Kul Gilad managed to be the quintessential bad-ass of the book, demoralizing and disheartening the Farseer even as he died.  And even as he died, and his ship consumed in the hellish Halo Scar, the Farseer realized her actions had not only kept her maternal desires from being stopped, she had in fact pushed that fate further from her reach.

Also during the boarding, we find the reason our bondsman characters are introduced.  It seems that deep in the ship, after many deaths, our dear Abrehem finds himself quite closer to the Machine God than he himself may have ever known... as he not only manages great acts of power, but also finds himself in command of an Archo-Flagellant... no easy task.  With his arm mangled and burned away, he later wakes to see it replaced with a well crafted bionic arm, and his servant near his side.

The book ends with the fleet having narrowly surviving the crossing of the Halo Scar, and looking on a new system, with a dying sun at it's heart, and only one planet remaining.   But this planet is not your ordinary doomed world.  It is the entire reason so many lives have been lost, ships destroyed, and a priceless and irreplaceable Ark Mechanicus risked.  It is a planet which holds a single and deadly secret.  It is the last known resting place of the flagship of the lost fleet.

And it will not likely give up it's secrets so easily.


This book... is by far one of the greatest works of it's class.  I say this because it sheds light on the previously un-explored regions of the grim dark's lore, the Adeptus Mechanicus.  The dialog, characters, and general approach in this book makes it the first and last series to understanding what the machine cult is, and from many different perspectives.  The characters are interesting and deep, each providing a unique perspective.  Form the Magi of the Adeptus Mechanicus, the Bondsmen enslaved to the will of the Ommnisiah, the Guardsmen, the Legio Princepts, the Rogue Trade and his crew, as well as the Black Templars, and even the Eldar of Biel Tan... this book is filled with a laundry list of characters.

While at first I felt overwhelmed with their number, The book seems to generate even more potency from this.  Several stories occur all at once, and each draw meaningful and powerful dialog, heart-pounding action, and development.  It is a great setup for a trilogy and has me excited as I begin to read the second installment, Lords of Mars.

The book isn't without it's flaws.  There are a few gramatical errors along the way, such as a few "the the" and typos, but they don't detract too much from the experience.  It also has an incredibly slow opening, as so many characters have to be introduced before the story can begin that I actually set the book down nearly two chapters in, and only really picked it back up when I had some time at my new job because it had just not pulled me in.  That said, I am damn happy I did, because it is such a great read which combines my three favorite parts of 40k: The Black Templar, The Ad. Mech, and Rogue Traders.

If you haven't had a chance to pick this series up yet, I can't urge you to enough.  The story, characters, and plot are all top-notch and you still have time to grab the first two installments before the third and final of the trilogy releases.