Heresy in the Library - The Damnation of Pythos 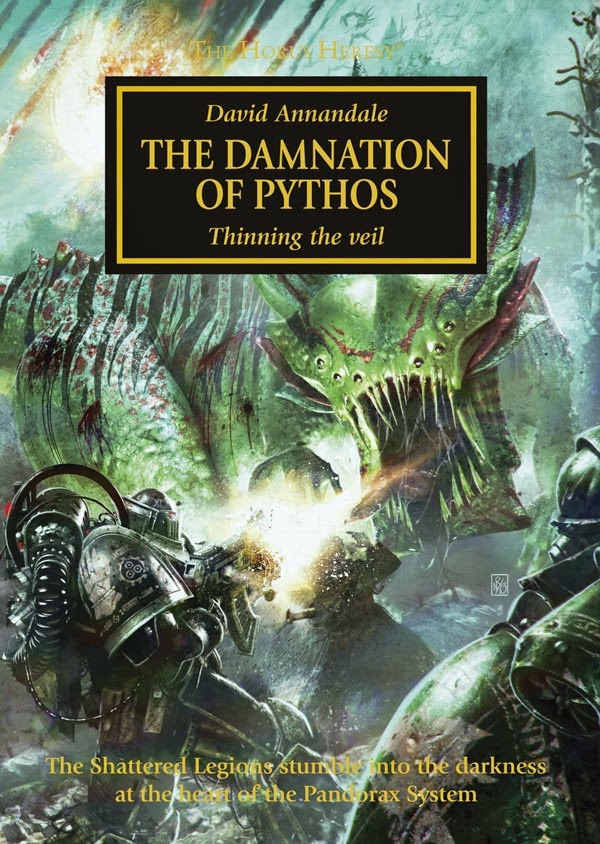 Greetings good people and welcome back! Trooper here with another installment of "Heresy in the Library", where I review Black Library publications and let you, the reader at the other end of the data-slate, know how it is! Up for review is the newest Horus Heresy full length novel The Damnation of Pythos. The follow up novel from the audio drama Veritas Ferrum chronicles the crew of the Veritas Ferrum as they escape from Istvaan V and begin a guerilla war against the traitor legions. It's an interesting mix of things so sit back, grab some amasec, and enjoy my review of The Damnation of Pythos.


The Damnation of Pythos


The Damnation of Pythos is the latest entry into the Horus Heresy series, making it the 30th publication to come out for the popular collection of books. Long rumored, Damnation came a few months after the Apocalypse novel Pandorax, which is set on the same planet (Pandorax is the system in which the planet Pythos resides). Normally I would pair the two together, since Black Library loves to pair off novels for releases and lump together themes. This time, however, Damnation comes as a standalone novel. It's kind of surprising, honestly. With the massive release of Orks coming at around the same time, it was almost like Damnation came as an afterthought. While it was rumored, it came at a bad time.

Damnation also showcases a newcomer to the Black Library novel scene, David Annandale. Having previous experience with short stories, Annandale was responsible for the audio-drama Veritas Ferrum, the prequel to Damnation, as well as the Space Marines battle novel The Death of Antagonis and Yarrick: Imperial Creed. The Death of Antagonis is one of my favorite novels to come out of the Space Marines battle novels, showcasing the Black Dragons chapter (of being supreme badasses). Yarrick: Imperial Creed is a novel I have not read, but one that Godfrey has spoken nothing but good things about. Because of this and because of the premise (Iron Hands and Legion remnants on a death world that makes Catachan look like a playground), I was looking forward to reading this. 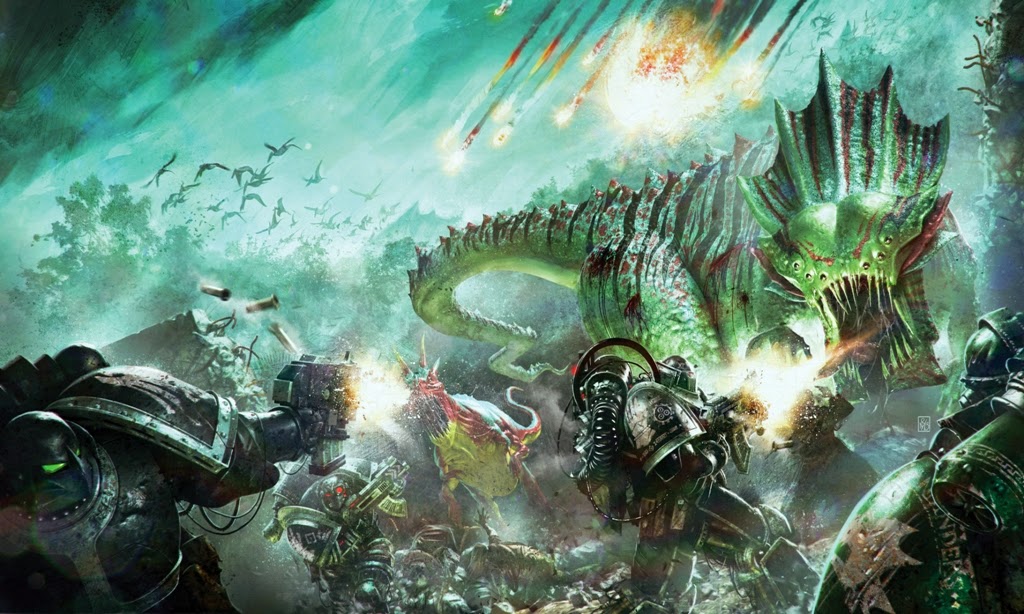 The novel begins as the Veritas Ferrum, captained by Captain Atticus, pierces through the warp towards an anomaly in the warp. The anomaly, the planet Pythos, is an uncolonized Death world on the fringes of Imperial space. As the ship attains orbit, Atticus orders the remnants of the 111th Clan of the Iron Hands, the Salamanders remnant, and the Raven Guard remnants down to the surface to determine if the anomaly is of use to them. The Astropath, Rhydia Erephren, is able to sense the anomaly and, predictably things become mired in the quagmire that is the warp.

Mixed in with all of this is two sub-plots that end up tied into the main plot...fairly well, believe it or not. The first is the struggle for the Salamanders and Raven Guard to try and assimilate into a Legion that, quite frankly, doesn't want them. Captain Atticus is more than a typical Xth Legion. All machine, little flesh, and about zero empathy. He disdains the other legions and shows them open contempt. This is followed suit by every other Legionnaire of the Xth Legion, all except one Sergeant Galba, who serves as the de facto main character. He is the one link between the other legions and a rare source of humanity for the Iron Hands.

The second is the plot around Legion serf Jerune Kanshell, Galba's armorer and staunch believe in the Imperial Truth. He, unlike most other Legion serfs in just about every novel, survives longer than most Legionnaires. His story is deeply entwined with another Legion serf, Agnes Tanaura, armorer to Captain Atticus and staunch believe in the Lectitio Divinitatus. Who, unlike most other serfs, also survives longer than the Legionnaires. Their discussion is actually one of the more interesting plots to come with the book and is shows the need for "faith" is a universe that is rapidly becoming unh

And that is where I think my interest in the book ends.

What do I think of The Damnation of Pythos? Well, I'm really torn. Upon finishing the book, I was disappointed. The book has its fair share of bolter porn, but ultimately the writing is, well, dull. It's a drag to try and read how the Iron Hands and Sergeant Galba try to rationalize what they are seeing. Early on, after they arrive on Pythos, Galba tries to reconcile the huge dinosaurs he is seeing in an environment that shouldn't support a carnivore only ecosystem (something that the Raven Guard brother Ptero comments on and is promptly dismissed for) and that the Legion serfs are dying from warp-terror for no real reason. It's not that the Iron Hands deny the nature of the warp, but they are so doggedly stubborn on the Imperial Truth that they willingly remain ignorant even at the end of the novel. It's annoying. 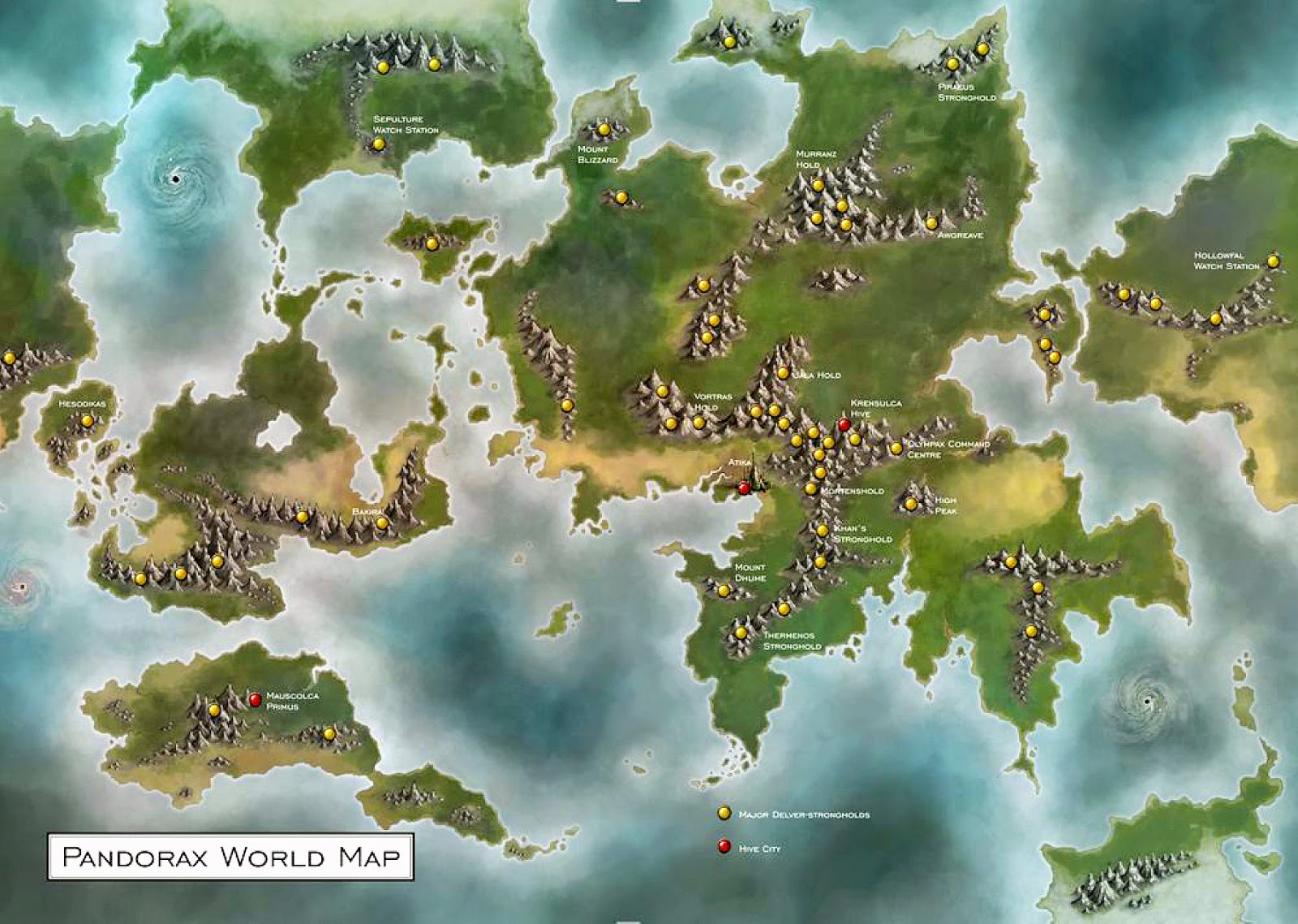 It's also a drag to try and fill a novel with only marines. I know I complained before that I felt that the Horus Heresy novels were suffering from an overcrowding issue of absolutely titanic personas. But trying to read this without support from major players was at first refreshing, but the novel doesn't pick up and make me want to root for the regular marines. There are absolutely zero big names that make an appearance.  Hell, there is only one chapter dedicated to the larger war being fought.

All of these things I would be fine with if the novel made up for it. But the sudden appearance of colonists to Pythos (which are so painfully Davinites it is awful) was something of a deal breaker for me. They seem like they were thrown in to cause plot to happen. The novel could have easily been about Captain Atticus using the anomaly on Pythos to strike at the traitors (which he does, once) and have some big lead up to...something else. But instead there is a giant fight at the end of the novel that, quite frankly, drags on and on. And in the end...spoiler alert..there are no survivors. They barely even manage to contain what they release. No doubt this was an attempt to cover their butts for Pandorax, but Annandale could have at least gotten creative with it. I haven't finished reading Pandorax, but I'm sure there is some weird tie in.

The long and the short of it is that if you want to read this, spend the $15 for the digital edition or, better yet, borrow a copy from someone who happened to buy a copy. Personally, I don't think it is worth it. I find few good things to write about. It's sad too, because I really enjoyed The Death of Antagonis. How Annandale managed to bungle this up is beyond me.