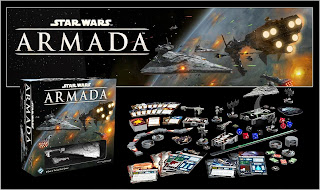 Hi everyone, I'm Corvus, and I am a recovering Armada addict. It all started at GenCon last August...

For those of you who love(d) BFG and who wanted something just a little more grand than X-Wing, you've probably been exposed to some of my enthusiasm for Armada. This is a game for thinkers, long term planners, and anyone who loved the fleet battles in the movies, especially Return of the Jedi. So, as is my tradition from X-Wing, I've snapped up the Rebels, and today, I'm going over the starter.
Let's get a few things out in the open up front. First, the game has really taken off for me with Wave 1, as the 'two starter smash' had some major issues for me. Second, this is a game about ships, not squadrons, to the point where players can't spend more than a third of their fleet total on squadrons. Third, the scene in Return where they start the assault on the Death Star and get caught in the Empire's trap? Only partially true here. Point blank range? Great for Rebel squadrons, less so for the ships. What is true? Don't stand in front of the Star Destroyers. Do not. Do not.

Why is this? The Imperials have allowed their tactics to decay, and their general design philosophy on ships has been reduced to "Put all the guns we can find in the front and then shoot them while running them over." Until you get your bearings, they will do just this to you. This puts the onus on the Rebel player to out think and outmaneuver the Empire, generally meaning you rely on faster, lighter ships, fire arc dodging (one of my favorite aspects adding complexity is how different ships have different arcs), and almost always planning your moves two to three turns out. The Empire's big boats have to do this already with their sluggish command dials, but playing rebels effectively requires sharp acumen to construct a gauntlet that allows squadrons to intercept enemy ships, while yours chase and harass. 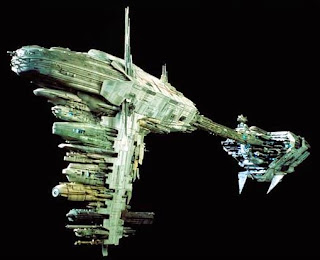 With all of this in mind, let's start with the 'biggest' rebel ship in the box, and work our way down. Thus, we start with the Nebulon-B. Technically speaking, this ship comes in two variants, but experience has taught me that there's really only one. Both have the same armament (as I've yet to see two ship variants change their shield or hull values), but the escort has a second anti-squadron die over the lesser, and gains a second point of squadron value as well, all for a mere 6 point increase. Considering that Armada is played at 300 points standard and the Nebulon variants clock in at 57 and 51 points, the 6 points feels very minor. Big points past that unique anti-squadron and friendly squadron value of 2? The unique title from the starter, Redemption, which grants an extra engineering point when resolving commands (but not tokens). That's a bit wasteful when rebels need to really really focus on their navigate and focus commands (and occasionally squadron) but right now, they just don't have a ship large enough to capitalize on this. Rounding this out is the understanding of the ship its self. It's got weak shields and armaments on the sides (notorious in the lore for suffering hull breaches to that narrow bridge and spacing the crew), while its primary 3 red armament is located in its front arc. Sure, the defensive tokens (two brace and an evade) help it out since redirects would be worse than worthless, and yes, it can zip around at speed 3 and has pretty respectable mobility, but ultimately this ship feels very very awkward to me in light of later releases. It wants to joust, where it will be promptly murdered, and barring that it wants to pull an odd power slide keeping its front dancing around enemy flanks and rears, which is a maneuver that's proven quite tricky to accomplish. It's not unplayable, but its easily overshadowed by other releases. 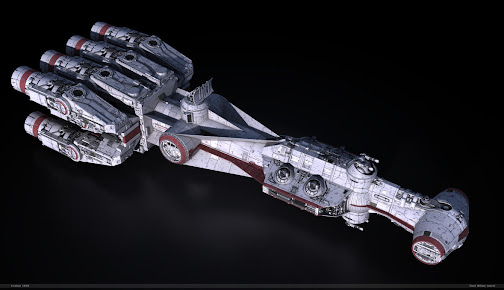 Following through, we have perhaps the more iconic ship: the CR90 Corvette. Yes, the famed Rebel blockade runner from the start of A New Hope. With a four speed and a snappy 1 command, it's easy to see how the ship got such a reputation. The two varieties do boast significantly different armament, with one sporting a mix of red and blue dice, and the other exclusively blue dice. The cheaper, blue only, CR90 proves to be a great fit for a specific set of upgrades, namely the title Dodonna's Pride and the devastating ion cannon Overload Pulse. This little combo comes in at 53 points, wedging between the two Nebulon variants, but in pursuit of the blue crit effect, it's devastatingly effective. With this build, you not only slip through face up damage, past enemy shields, but you also exhaust their defense tokens, exponentially increasing the value of further attacks on the same ship. All that in mind, the combo is quite expensive, and operates exclusively at the close-medium range band, which can be tricky to navigate whilst keeping yourself away from Imperial missile batteries. That's not to say the other variant isn't without problems its self. It relies heavily on the concentrate fire action to help it grab multiple bonus dice due to the split nature of its armament. In my opinion, this turns the Corvette into a dart. I'd encourage dedicating your command dial to concentrate fire, with the occasional navigate command to keep yourself mobile. Engineering and squadrons commands just don't pay off for this ship in my opinion or experience. 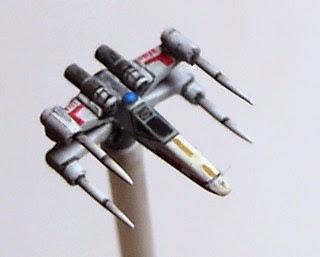 Finally, we've got the most iconic of the bunch, the X-Wing squadron. It's a solid piece, and is very valuable for the fact that we see its tactical flexibility. First and foremost, a 4 anti-squadron armament will shred ties. If they get the jump on you, they'll need two squadrons for your one, but their swarm ability is very obviously designed with that in mind. Second, we see that Bomber lets our red anti-ship die crit. This means that your squadrons cannot be ignored by the Imperials. When playing the starter box mash up, the enemy's only option is to devote a squadron command to having his TIEs dog pile you, and if you've kept your Xs back as escorts for your Nebulon, that gives it the opportunity to pull clean up duty and make short work of the enemy's squadrons. Our remaining ability, escort, is more about being a set up for our dedicated bombers, the Y and B, as it requires the enemy engage our Xs first. The starter also includes Luke, who gets a black anti-ship die which gets the luxury of ignoring enemy shields. This isn't the most useful pilot ability, but it's circumstantially good at the very least, as it means Luke neither can be ignored, nor can he be simply "positioned" out of the fight.

All of this comes to a head when we look at the Rebel starter admiral: Dodonna. As a Magic player, seeing an ability that lets me filter through the crit deck and pick what I'm dropping on my foe seems very very strong, especially when we consider the likes of Dodonna's Pride, Luke, and the other X-Wings. That's a lot of potential to pick at enemy weak points. The problem is that you're relying on multiple random elements. Which can be fairly easily quashed by the enemy. How do I mean? First, you're relying on finding those crits, which is usually only a 25% chance per die, meaning you've got to be throwing 4 to find one. Yikes. Second, finding multiple crits is wasted, as only ever a single damage is dealt face up. Third, we're banking on finding worthwhile crits in the deck. Some are devastating, to be sure, but others far less so to the Victory class. Fourth and finally, our arch nemesis, Grand Moff Tarkin. Yes, he's expensive, but holy cow he's crazy good. He will grind out a crushing amount of advantage, and beat you down by generating an astonishing volume of firepower and daunting weight of repair economy. Your only option is to hammer through a single ship at a time and hope to use weight of crit to try to push back against the potential to discard two damage a turn or rebuild three shields. It's incredibly tough to pull off, especially when the right Victory class can easily launch a whopping ten dice attack split almost evenly between all three dice types. Remember when I said don't fight them head on?

And that, ultimately, is why I'm so excited to talk about the new options that the Rebels got in Wave 1. But that's for next time.
Posted by Corvus Sanguine at 10:10 AM