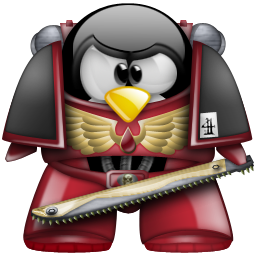 So, I think that what's taken the most time out of my 40k conceptual matrix is that the distinction between 1999 and 2000 is completely and utterly stupid.

Allies are the salve for xenos that we've needed in this game, even though the rules seem to be out to just screw them 7 ways til Sunday.  Lower infantry cover saves, and who gets Skyfire is still up in the air for a lot of units, while the best Flier units are Imperial, and there is no patch on the horizon for that colossal fuck up.


Before the new book, it was Marines > Xenos overall.  Then allies came out, and it altered the landscape such that the guys at the top of the barrel didn't get much of a buff, but those at the bottom have, and quite substantially in some ways.  Tau with Imhoktep, nuff said. ;)

Then you read further into the rulebook, and it talks about how when you're at 2000 points, you have the option to include a second primary detachment, effectively doubling FoCs.  :/

This isn't hard to figure out.  The Marines were better because they were both cheaper, more effective, and got more per slot.  So...give them more slots?  Really GW?  2 HQs and 4 Troops is not hard by any stretch of the imagination for newer armies, but for those with cheap and effective fire support choices, life would be incredibly easy.  Yes, I would consider 6 individual Land Speeders, each toting a cheap Multi-Melta.  While Fliers are broken, even Tyranids could reap idiotic amounts of ass with 6 Herpes floating around, which can only be hit on a flaming 6.

Honestly, this rule is so stupid that I doubt tournaments will run with it, even if they allowed further stupidity like Fortifications.

The solution?  Unless you are wanting to get drunk, don't use this rule.  Play at 2k like it used to be, and care less about that one point distinction.