The Characterization of 40k

Greetings and salutations folks.  Having been tromping about the real world for a spell looking for a job, I have been severely derelict in my responsibilities to you.  But while I haven't been writing, my earns never stop hearing the constant rumoring of what's to come, and has left me pondering about what has come already.

It has been some time since 6th dropped, and Warhammer 40,000 has been quite different since it did.  While the identity of the game remains largely the same, there have been many tweaks and developments which 6th has introduced that has made it a feat in itself just to keep up with them all.  Some of these were noticed right off the bat; such as the introduction of Overwatch, the massively expanded psychic prescience with Deny the Witch and the Core BRB disciplines, and the hull point system.  All of these and more have made the change over from 5th to 6th quite extensive.  But is all of this for the better?

Sometimes in order to make the new rules shine, the game starts to change to suit them.  Taking a page from Sir Conan Doyle, "It is a capital mistake to theorize before one has data. Insensibly one begins to twist facts to suit theories, instead of theories to suit facts."  When you apply the concept with what I am seeing from 40k, you may find yourself understanding why I feel Games Workshop is twisting the game to suit mechanics, instead of mechanics to suit the game.

Perhaps the reason I have found myself thinking about this stems from the newest Tyranid rumors.  While I am not one to take rumors as the written truth, there is one that seems to fall into place with a pattern I have noticed since 6th edition came about.  The specific rumor has the Tyranid Warrior squads capable of detaching and leading individual units.  It is stated it's not like Wolf Guard, but similar.  This means you may find yourself having a big bug in charge of a little bug squad. 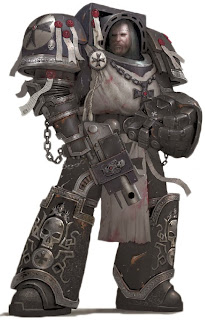 This is where I started to put a few pieces of the puzzle together.  Not to long ago, Black Templar were... updated.  Not delving in too much there, but the reason I bring it up is that their fluff once dictated that their squads were more or less Ad-Hock units, comprised of several soldiers, with no one being greater than the others.  They had no sergeants, and were instead lead to battle by the greatest of their champions.  Sadly, that is no longer the case, or at least so the design of the squad would have you believe.  There are two main "tricks" that give the Crusader squad it's unique touch.  The first is the addition of the neophytes, and the second is adding a sergeant, which allows the squad to have a second Melee power weapon.  Not only did they get slapped with this character who just exists because... well he does, but the Chapter Tactics for the Black Templar house an entirely specific rule which only applies to characters in challenges.

Now I hear the rumors that the Tyranids, the embodiment of what a horde should be (albeit not the case in the current, Nidzilla incarnation of the book), are receiving some form of character treatment.  This means the idea of several crucial bugs leading endless hordes of gaunts may in fact be going away, replaced with a more or less Ork-style army, with lots of little bugs now taking orders from a built in bigger bug. 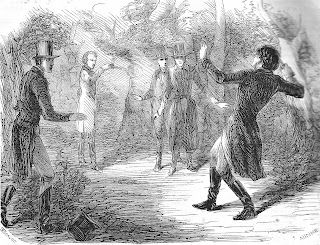 This to me is quite a shame, as the entire idea of a horde is changing, and not for the better in this player's opinion.  What it seems like to me is that a new rule was implemented into the game, which while having a fairly sizable impact on players so far, is evidently only in it's infancy in terms of it's effects of the game: Challenges.

Everyone knows about this little addition, and when it came about, it was a big deal.  However, most of the community took this as an alteration on what wargear sergeants will take, which could bring about a whole discussion on the effects of the change to power weapons and so forth that we'll move past for now, and called it wonderful at that.  But is the addition of the Challenge System doing more to us than we thought?  Are army designs changing to fit this mechanic?  From the looks of it, it would appear so.


No army is a better example of this than Codex: Chaos Space Marines.  Not only are characters in every squad, but they must accept challenges.  Considering this was the first codex on the 6th ed. market, it's still the number one showcase for that rule.  That said, I won't begrudge it here.  Chaos is a very selfish army, and at their heart, they're space marines.  Super-human killing machines lead by an idealized Übermensch.  Marines on the whole, and especially Chaos Space Marines seem like a fine place for this rule and for characters to be present.  Where I'm not a fan of this cropping up is in the armies designed on a completely different system.

Horde armies, and specifically those without characters are disappearing rapidly, replaced by a more or less standardized system of having a in-built leader is almost every unit.  Even units with the ability to purchase a better version of the sergeant, still have that sergeant even without the upgrade.  It seems that no matter what you do, you're starting to see characters crop up in every army.

While there isn't anything inherently "wrong" with this, it is disconcerting to me as a player.  It starts to blur the line and distinction of army designs.  Horde armies have always played differently from marines, which in turn play differently than xenos, which then play differently from other xenos.  But this move to make every unit more or less the same in terms of design feels like the game is trying to change to fit this new rule, for no other reason than to make the rule relevant as much as possible.  There is no reason a Tyranid Warrior should accept a challenge from a Imperial Guard Sergeant.  It is bred to kill, and so not accepting a challenge and being forced to cower, or accepting, and using all of it's potential to slay a single human... just ruins the entire image of the army.  They have alternative units designed to break the moral of the enemy, and killing high value targets.  Lictors!  (Granted they haven't gotten the rules right on them for some time, but the point remains the same.) 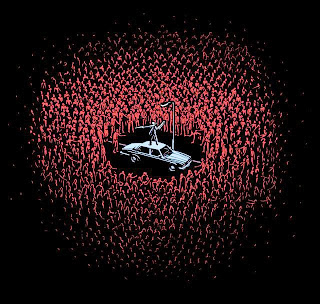 This all combines to make me feel like the armies of the grim dark are all moving towards a similar point in some respects.  Now, they have been making almost every unit in the game capable of feeling unique, via rules, unique wargear, or some other facet.  But this move to more or less force horde armies out the door in favor of a squad by squad army is a sad direction for me.  It feels like that flavor is being pulled so that a new mechanic can feel worth it.  Personally I say let hordes stay character-less.  It gives the design philosophy something special to help mitigate some of the hardships it may face protecting it's key units.  Since there is nothing like Target Priority anymore to help shield them, Hordes have been on the decline since 5th hit.  But if nothing else it allows armies to remain unique from one another, and keeps the game interesting by allowing a variety of army styles.

It is also fair to point out that not ever codex flat forces characters.  Eldar doesn't force you to have characters.  However, it generally speaking wants you to take them as they'll more than likely be Aspect Exarchs granting their unit some nifty special tricks.  But this has generally always been the case, so I won't raise to much fuss about it.  Tau likewise do not force you into characters.  However, these are Xeno armies.  Specifically non-horde Xeno armies.  While the Eldar foot list is technically still doable, it's not a concept the army was based on, like Orks or Tyranids.  The main issue I'm having as the game moves forward is that it feels like the Horde armies are subtlety being replaced.  While Characters are not everywhere, it's these select few armies that were once based on a completely unique system, such a Tyranid's Synapse, Black Templar's Rites of Battle, and even the Ork's Mob rule.  As these things are removed, or re-tooled, the army's identity begins to change, and so far it only seems to be moving towards what every other army is already doing mechanically.

Maybe I'm just over-thinking the subject, but has the horde-style army died out?  Armies designed to be horde-styled have been replaced with either Monstrous Creature spam lists, Battle Wagon spam, or some other means to play, rather than just the millions of basic dudes the army is "based on."  Is it the constant price hike that has done this?  Perhaps poor balancing of mechanics?  The rising number of FoC Swap army concepts?  Possibly GW's insatiable need to put out huge models with clearly better rules and/or stats with which they can slap high price tags on?  What has happened to the Horde army?  Is it too late to save this once great flavorful play-style, or is is still alive and kicking?