Peering Through The Mists: Rumors of 7th

Hello dear readers. Today, I invite you to join me on a wonderful and fantastic voyage. We'll delve into rumor, retrospective, and meta-cognition as we seek to divine the state of things moving forward in 40k. This article is long, and heady. It's designed to be a complete evaluation of the game top to bottom, approached in even more detail than a podcast would go through. Take a deep breath, and hit the break to follow me down the rabbit hole.

Before we look forward, we need to evaluate where we stand at present, and how it is we came to stand here: 6th edition. 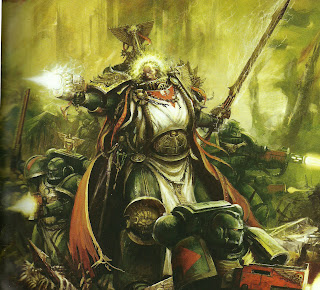 We'll start with the largest scale analysis of what changed between 5th and 6th editions, and tunnel into the minutia as we go. 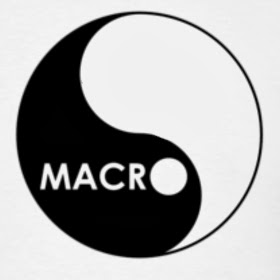 And now for the subtle wording shifts that didn't redefine the game, so much as come to exist as a result of a needed FAQ or larger scale macro changes. 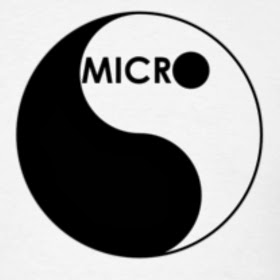 There's that. The list is a lot bigger than it seems, at least from my perspective, and trying to roll into the new game felt natural on release day. So, what, in my opinion, was or wasn't successful out of those big lists of changes?


But, with every list of success, there should be consideration given to conducting a similar examination so as to determine a list of failings, to determine what one hopes to see addressed not only personally, but on a broader scale as well.


With the BRB evaluated top to bottom, now comes judgement day for the codices proper. We'll be going in release order. Wow that's a mess of codices. Some people have complained that there's 6 codices yet to be updated on the eve of our new BRB, but the fact that we've seen 8 regular codices, 2 new, and a direct digital update to an army (even if discounting that Templar are in the Codex now), that's as many new codices in two years as were updated in all of 5th edition. GW really stepped it up this time around. Some people were overwhelmed by the flurry of updates, but I was delighted. Having come from games where product releases faster than once a quarter, the two codices a year format felt really slow.

And there's not just the codices themselves. This edition also saw Codex Supplements, allowing sometimes drastic play variants on a codex. Sure they cost you a whopping $50 for about two pages of rules, but for those who love playing a specific warband or craftworld, these were a godsend. Without further ado, here they are.

Following all that is the broad banner of direct to digital releases. This covers the whole range from codices to dataslates. Perhaps its telling that we haven't received any significantly sized dataslates since the Tyranid series finished, either indicating "all hands on deck" for codices, or possibly that the business model wasn't paying off as planned. Whatever the case, there were at least as many positives that came out of the 'slates (Cypher, Be'Lakor) as there were damaging formations (Firebase, Skyblight), so the odds of hem continuing are about 50/50 unless the profit margin isn't there (it is).

6th edition also brought with it updates to the "spin off" rule sets of editions past, with variant rules covering games both big and small (or just multi-player).


That's it. All of it. The whole thing. A complete publication (and slight model) summation for the last two calendar years, the years of 6th edition. Ten codices. Six supplements. Twelve digital only releases. Three variant rules sets. And two expansions to the main rule book (Escalation and Stronghold were covered as part of my BRB breakdown). Balance may be off, but nobody should accuse of GW of not at least trying to appease everyone screaming for new toys.

All that said, it's time to look forward. To truly peer through the mists and examine what you've heard, seen, or read elsewhere about what is to come. I'll try to stick to what's bee substantiated via images of a forthcoming White Dwarf (no I won't be reposting those images). The header for the next section is indeed labelled Revised 6th. Some of the rules are perhaps drastic enough to suggest that this is 7th edition, but they likewise feel smaller than what we encountered jumping from 5th to 6th.

On the note of army composition, we head into my personal wishlist for the new edition.

And there's my personal wishlist for where I'd like to see the game go. Will it? Won't it? Time will tell.

Posted by Corvus Sanguine at 10:47 AM